Katrina Kaif and Mouni Roy were spotted at the pujo was organised by Deb Mukherjee, Ayan Mukerji's father and Kajol's paternal uncle 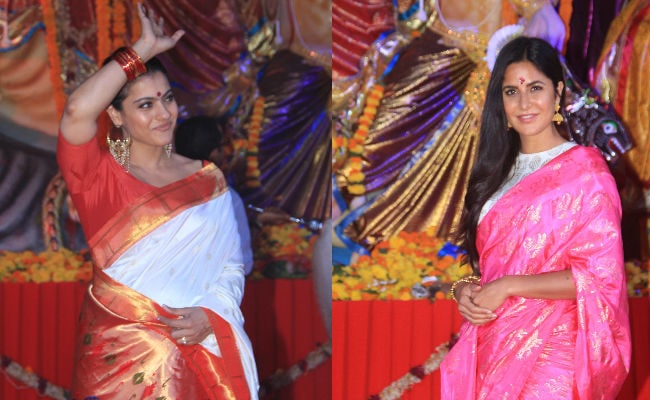 Kajol and Katirna Kaif during Durga Puja celebrations in Mumbai.

Katrina Kaif, Mouni Roy, Varun Dhawan and Kiran Rao were the celebrity guests at one of Mumbai's oldest pujos, the North Bombay Sarbojanin Durga Puja Samiti, organised by Ayan Mukerji's father Deb Mukherjee. Ayan's cousin Kajol also visited the pandal, which shifted from Tulip Hotel, Juhu to Golden Tobacco Limited, Vile Parle this year. Ayan Mukerji was the best host as he greeted and welcomed his friends for darshaan of Maa Durga. Ayan and Kajol's cousin Shabani Mukherjee, who was also on the organising committee, caught up with the guests. The Navmi celebrations at the venue looked bright. Here inside pictures.

Ayan Mukerji invited his friend Katrina Kaif, who was dressed in a bright pink saree from the House Of Masaba. Kajol on the other hand wore a traditional white and red saree. Both actresses looked gorgeous. 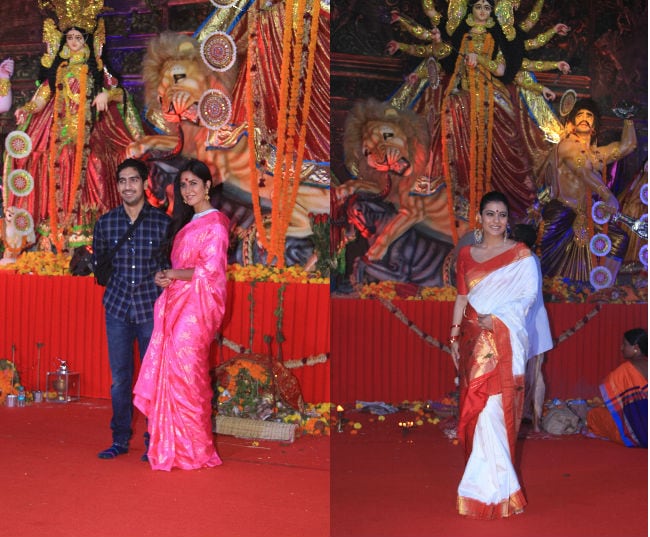 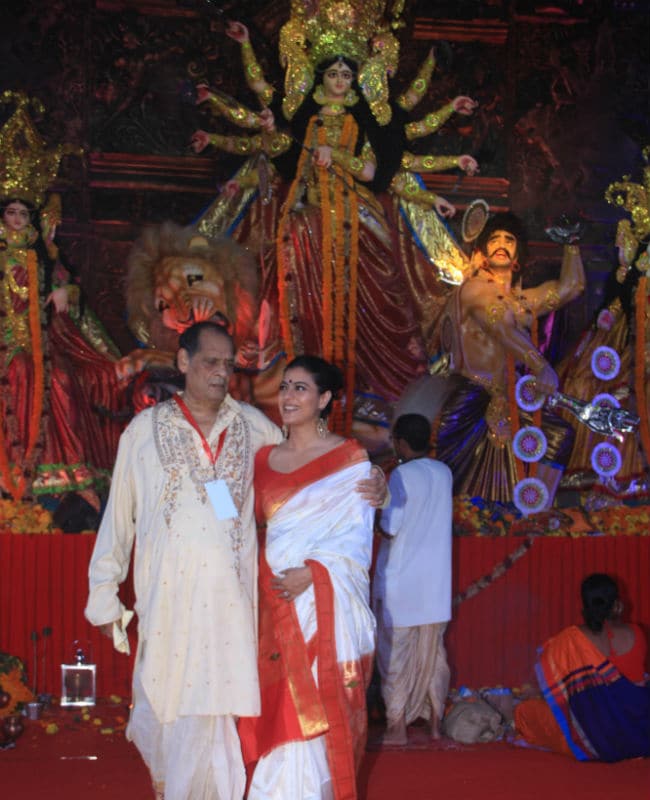 Kajol with her uncle Deb Mukherjee 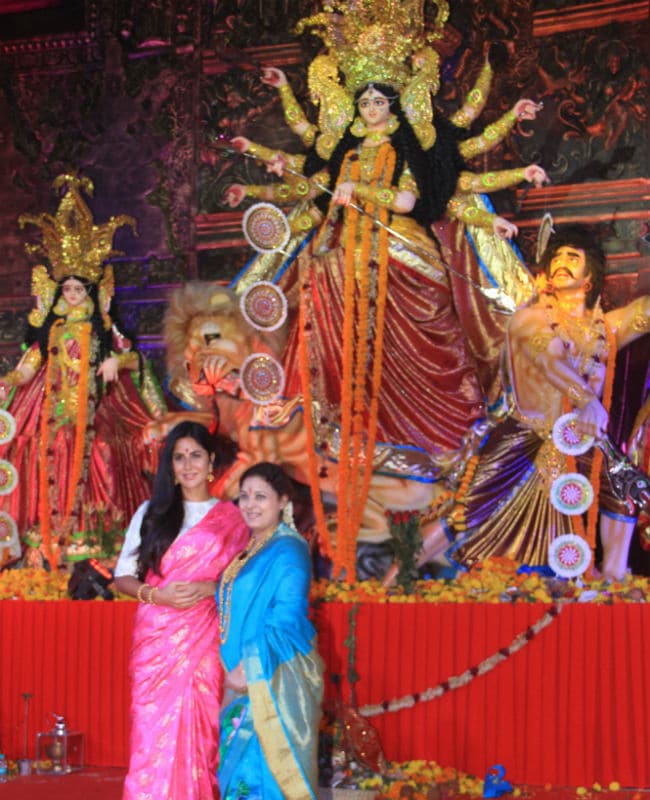 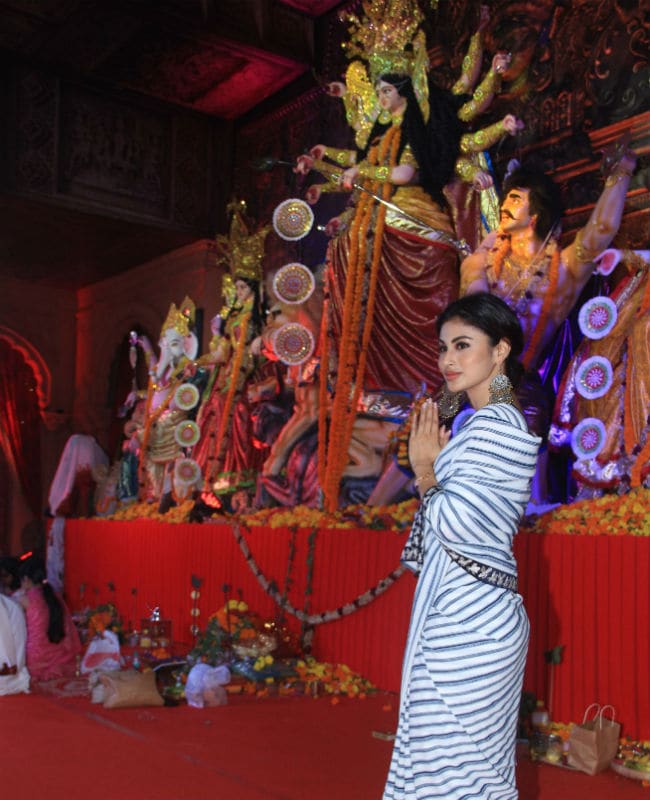 Mouni Roy at a Durga Puja pandal in Mumbai. 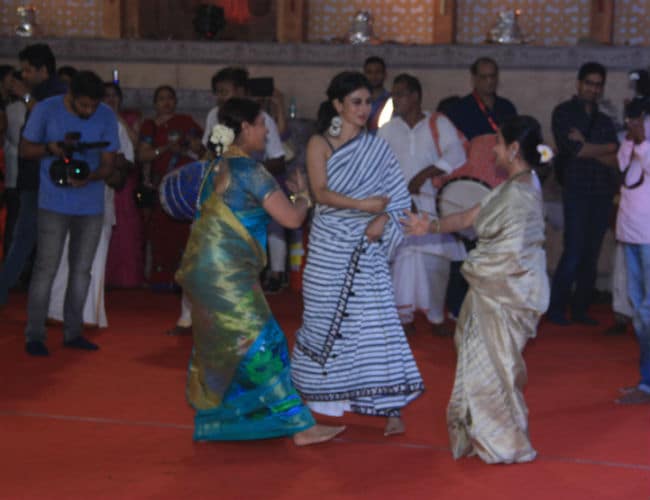 Earlier in the day, Kiran Rao attended the pujo with her son Azad, however, Aamir Khan busy with Thugs Of Hindostan, gave the event a miss. Kiran Rao was all smiles while Azad happily chilled with Ayan Mukerji. 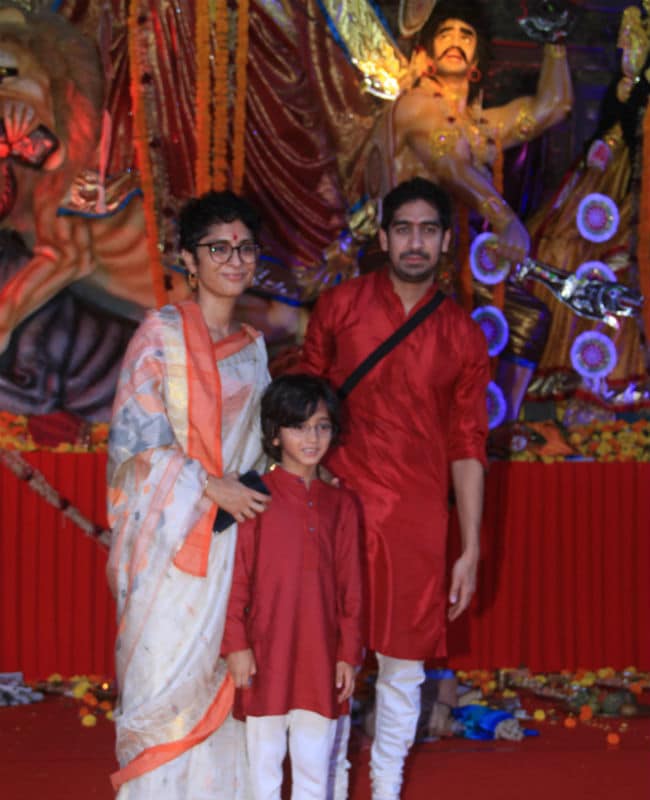 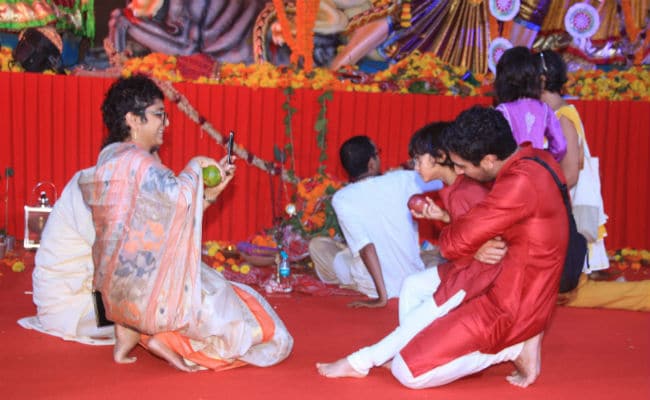 Actor Varun Dhawan also received an invite and he seemed inseparable from Ayan Mukerji at the venue. Varun and Ayan were twinning in red. Actor couple Vatsal Sheth and Ishita Dutta and TV actress Deepshikha Nagpal were also in attendance. 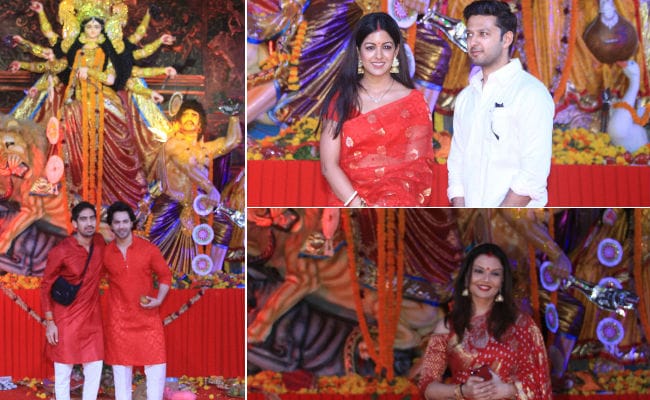 The venue of North Bombay Sarbojanin Durga Puja Samiti shifted from Tulip Hotel, Juhu to Vile Parle this year as the hotel was reopening after several years.