Brahmastra: Mouni Roy Is 'The Only Villian' Of Ranbir Kapoor And Alia Bhatt's Film 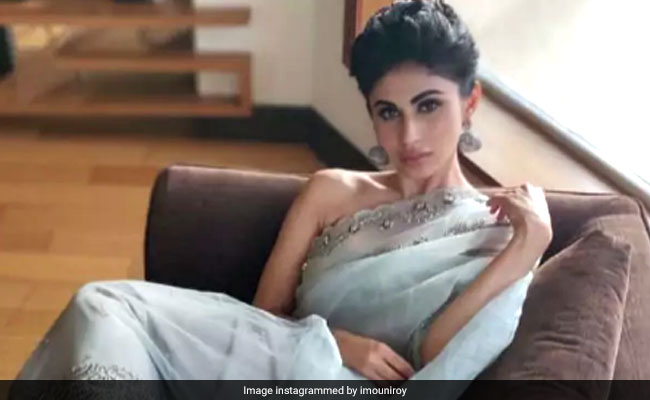 Yes, Mouni Roy has been cast as the villain in Ayan Mukerji's fantasy trilogy Brahmastra, the actress confirmed in an interview to mumbaimirror. The 32-year-old actress, who did not divulge much about her role in the film, said: "While I can't reveal much about my character, I can say that I am the only villain of the Ranbir Kapoor's film." Mouni Roy, who has recently returned after completing her Brahmastra schedule, said that she had a "surreal" experience shooting for the film. Speaking about her experience of sharing the screen with Amitabh Bachchan, Mouni said: "It was surreal. I was like this little puppy who was just excited to see him and didn't know what to do and after giving a shot with him I could have happily died. Who would have imagined that a girl from Cooch Behar would be sharing the screen with Amitabh Bachchan."

Mouni Roy, who was in Bulgaria shooting for Brahmastra, had shared photos from the sets of the film. Mouni shared photos with her director Ayan Mukerji and co-star Nagarjuna. "Grateful thankful peaceful about all the shoot days these days,"she captioned the image with Nagarjuna. The film also stars Alia Bhatt and Dimple Kapadia.

Freud once said "Love and work , work and love ; thats all there is". Always at my happiest self with em favourites. Favourites coz ,"no apparent reason"!!!! Best Boy-Friend + @hussain.dalal = magic manic days #brahmastra

Mouni Roy is making her Bollywood debut with sports drama Gold, which features Akshay Kumar, Kunal Kapoor, Amit Sadh and Vineet Singh. Speaking to mumbai mirror, the actress revealed why she chose to do the role of Monobina Das in Gold: "I don't think any actor would have said 'no' to the role after reading the script. My character was required to speak Hindi with a pronounced Bangla accent and I thought being a Bengali myself, it would come naturally to me. But when I rehearsed the lines at home, I felt it sounded caricaturish. Eventually, with the help of Akshay sir, Reema Kagti ma'am and my diction coach, I managed to get it right."

Gold is the fictionalised retelling of India's fantastic win at the 1948 London Olympics. Akshay Kumar plays the character of Tapan Das, a hockey coach, who wants to win gold medal at the Olympics but as a free nation. Mouni plays Akshay's wife Monobina in the film.

Mouni is currently busy with the promotions of Gold, which will release on August 15. The actress also has Romeo Akbar Walter and Made In China in the pipeline.