Mouni Roy shared a series of pictures with Ayan Mukerji, her 'best boy-friend' on Instagram 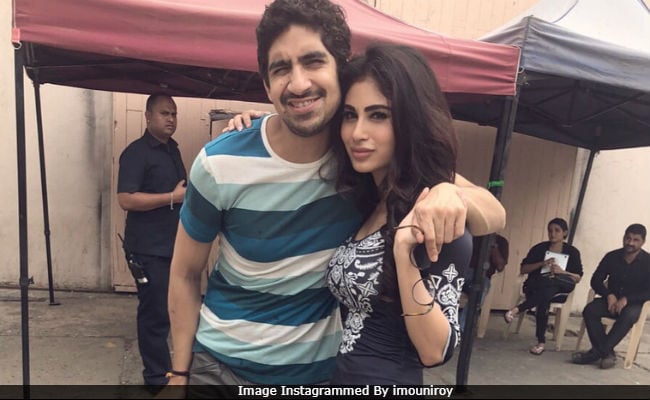 New Delhi: Alia Bhatt, Ranbir Kapoor and Amitabh Bachchan started filming Brahmastra a week ago and look who has joined them - Mouni Roy. Yes, she's back. Mouni shared a series of pictures with her 'best boy-friend' on Instagram to update her fans about her whereabouts. "Missed his face; not anymore," Mouni captioned her post with Brahmastra director Ayan Mukerji and added hashtags 'baby baby' and 'best boy-friend.' Brahmastra is a trilogy and the film's first schedule was shot in Bulgaria. Details about Mouni's role has been kept under wraps. Months ago, DNA reported that she will play a villain in Brahmastra. "Alia will obviously play the damsel in distress, who is Ranbir's love interest in the trilogy. But Mouni will play a villain in the first part. Her character will have shades of grey," DNA quoted a source as saying.

Brahmastra will be Mouni Roy's second Bollywood film. She will debut with Akshay Kumar's Gold, slated to release this August. Gold is a fictionalized adaptation of the famous 1948 Summer Olympics hockey match, in which India won its first gold medal as a free nation. It is directed by Reema Kagti.

Mouni Roy is a popular TV actress, best-known for her roles in shows like Naagin and Devon Ke Dev...Mahadev.

Promoted
Listen to the latest songs, only on JioSaavn.com
Meanwhile, coming back to Brahmastra, the first part of the film is slated to hit the screens in August 2019. Alia and Amitabh Bachchan had earlier shared picture from their prep sessions.

We prep for BRAHMASTRA .. Ranveer , Alia , Ayan .. every one else except me .. I prep to brush my teeth

Brahmastra is produced by Karan Johar.