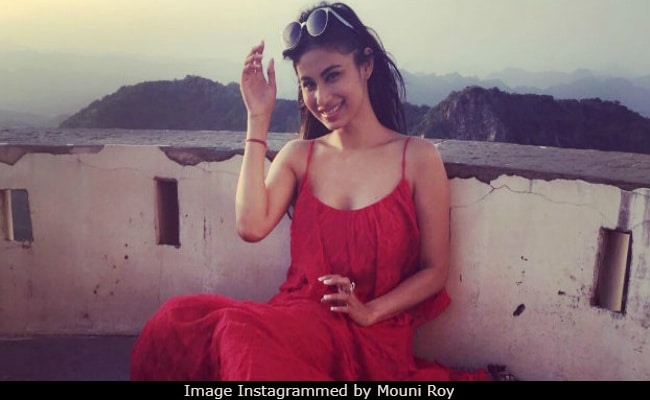 New Delhi: Ayan Mukerji's upcoming movie Brahmastra reportedly has a new entry. Television's favourite star Mouni Roy has been roped in for the much talked about movie, reported Mumbai Mirror. This means, Mouni Roy will have at least two Bollywood movies on her resume and will have also worked with stars like Akshay Kumar, Amitabh Bachchan, Ranbir Kapoor and Alia Bhatt. For those, who don't know, she is making her foray in Bollywood with Akshay Kumar's Gold, which releases in August next year, and the others mentioned above are all part of Brahmastra, scheduled for a 2019 release.

Brahmastra is extra special for both its co-stars and movie buffs because this is the first time Ranbir and Alia will share screen space in a movie headlined by Amitabh Bachchan. Brahmastra, which was previously referred to as Dragon, is a three-part fantasy adventure movie.

Mouni is one of those TV stars, whose Bollywood debut continues to remain a much-anticipated affair. Mouni and Akshay have already begun with their first schedule in UK. Mouni is being directed by Reema Kagti for her debut Bollywood movie, which is a fictionalized adaptation of the famous 1948 Summer Olympics hockey match, in which India won its first gold medal as a free nation.

Produced by Karan Johar, the first part of Brahmastra will arrive in theatres on August 15, 2019.
Comments
BrahmastraMouni Roy