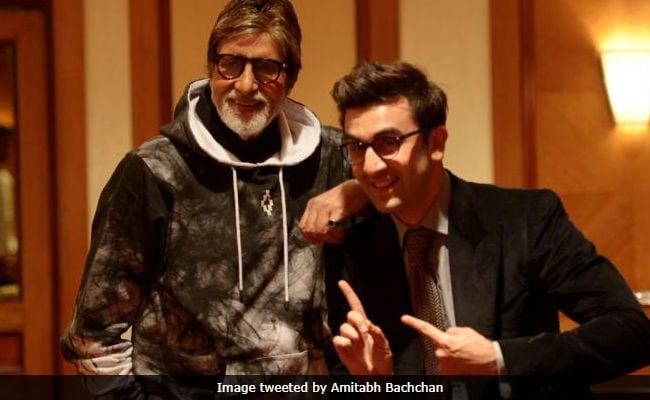 New Delhi: Karan Johar is on films announcing spree. On Wednesday, Karan Johar finally revealed the titled of the Ayan Mukherji-directed film starring Ranbir Kapoor and more information - like Amitabh Bachchan will lead the cast with Ranbir and Alia Bhatt. On Ranbir Kapoor's birthday, KJo dispelled the rumour that the film is called Dragon and today, on Amitabh Bachchan's birthday, he finally revealed the film's name - Brahmastra. The fantasy adventure film is a trilogy and its first part will hit the screens on August 15, 2019. For Brahmastra, Karan Johar's Dharma Productions will collaborate with Fox Star Studios and Namit Malhotra, CEO of Prime Focus. Take a look at Karan Johar's announcement here:

Also, less than 24 hours before the above announcement, Karan Johar revealed that he is collaborating with Akshay Kumar for upcoming film Kesari, which will be directed by Anurag Singh (of the Jatt & Juliet series). Kesari is based on the Battle of Saragarhi, which is also the topic of Ajay Devgn's Sons Of Sardaar.

Back to Brahmastra - Ayan Mukherji in an earlier interview to news agency PTI said that for the film Ranbir Kapoor will have to train thoroughly in gymnastics and martial arts. "There is lot of action in the film, so there is lot of training, like gymnastics kind of training, horse-riding, fighting and lot of physical stuff that Ranbir will have to do," he said. Of the film, Ayan said: "In its (Brahmastra) core it has romance as an element but it has got a new flavour to it. With every film I am trying to evolve and grow."

Promoted
Listen to the latest songs, only on JioSaavn.com
As of now Amitabh Bachchan is busy making Thugs Of Hindostan for Yash Raj Films while Ranbir Kapoor is finishing Sanjay Dutt's biopic, which is directed by Rajkumar Hirani and Alia Bhatt is awaiting the release of Raazi.