All the celebrities were dressed in their ethnic best 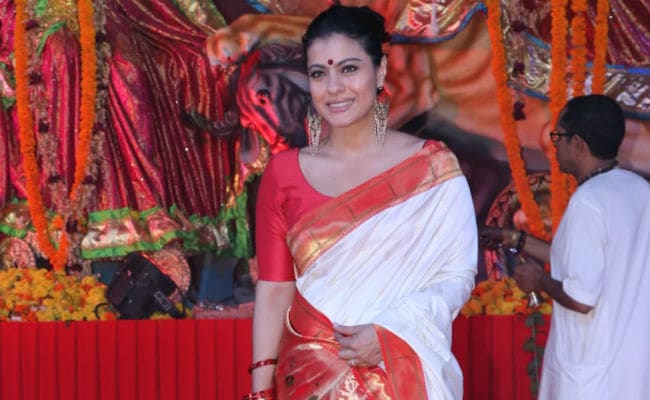 Kajol at the pandal in Vile Parle, Mumbai.

Durga Puja celebrations are in full swing and on the occasion of Navami, several Bollywood celebrities including Kajol, Jaya Bachchan, Varun Dhawan and filmmaker Ayan Mukerji, visited a pandal in Vile Parle, Mumbai. Kajol looked resplendent in a white and red saree as she arrived solo at the pandal. The Helicopter Eelaactress smiled for the cameras. Jaya Bachchan also came to seek the blessings of Goddess Durga. Ms Bachchan looked graceful in a bright yellow saree. We also got a glimpse of Varun Dhawan and filmmaker Ayan Mukerji, who were seen twinning in red and white kurtapajama sets. Ayan Mukerji was accompanied by his father Deb Mukherjee and Sharbani Mukherjee.

Here are pictures of the celebrities paying obeisance to Maa Durga on Navami. 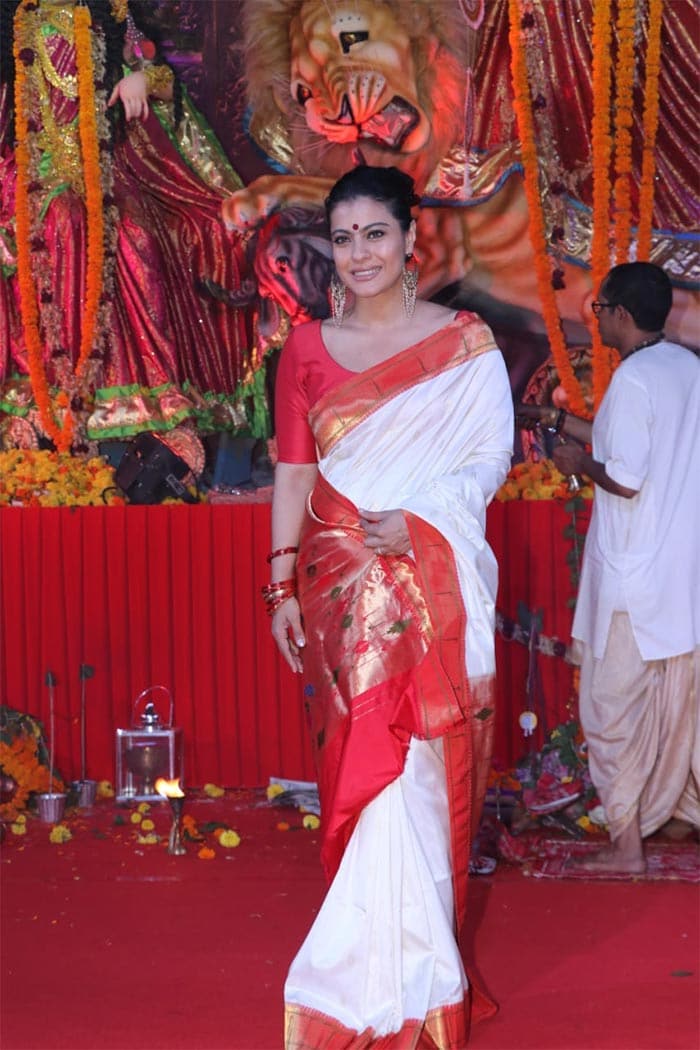 Kajol at the pandal.

Doesn't she look simply beautiful in that saree? 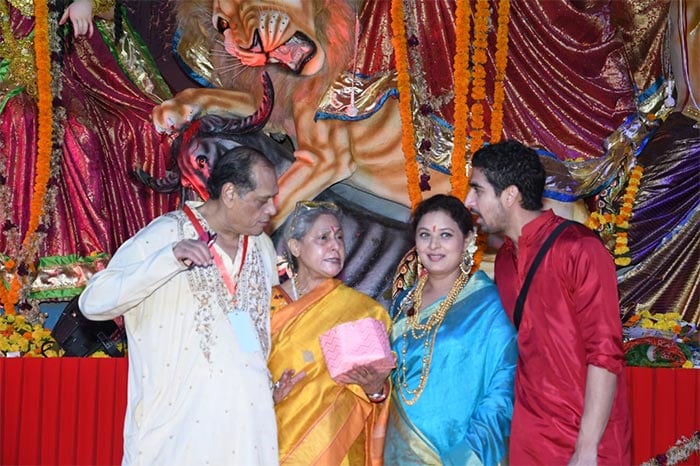 Veteran actress Jaya Bachchan seemed to be engrossed in a conversation with Deb Mukherjee, Sharbani Mukherjee and Ayan.

For the special day, Varun Dhawan opted for a red and white kurta pajama set. 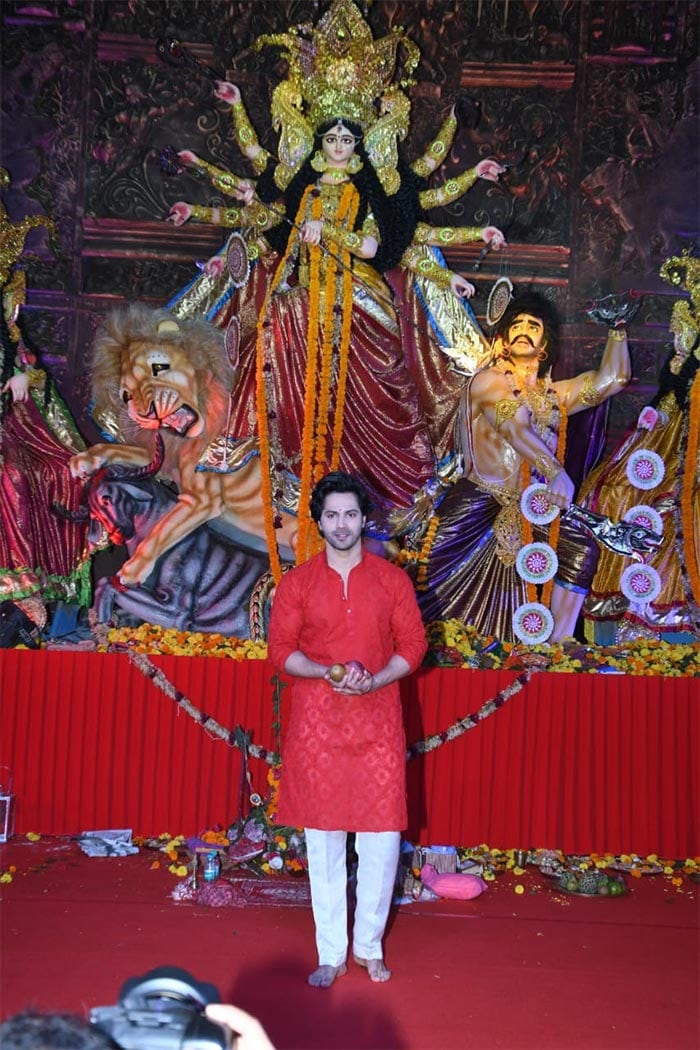 Varun Dhawan at the pandal. 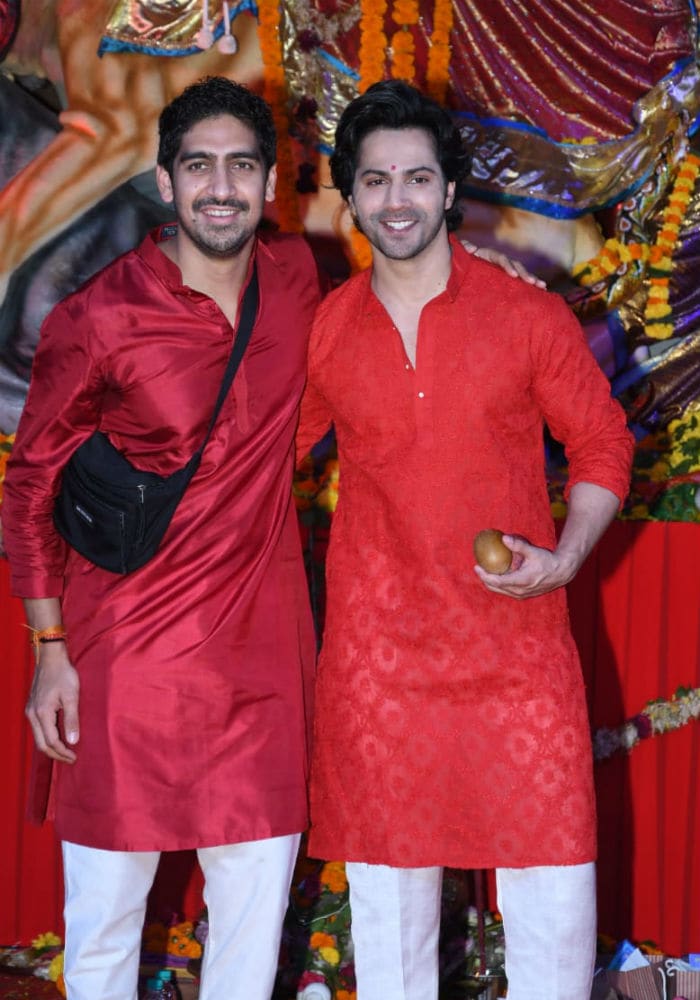 That's not it, we also got a glimpse of Tanushree Dutta's sister Ishita Dutta, who was accompanied by her husband Vatsal Sheth at the pandal. Meanwhile, TV actress Sumona Chakravarti, who became a household name with the comedy show Comedy Nights With Kapil, was photographed paying obeisance to Maa Durga. She was dressed in a white saree. 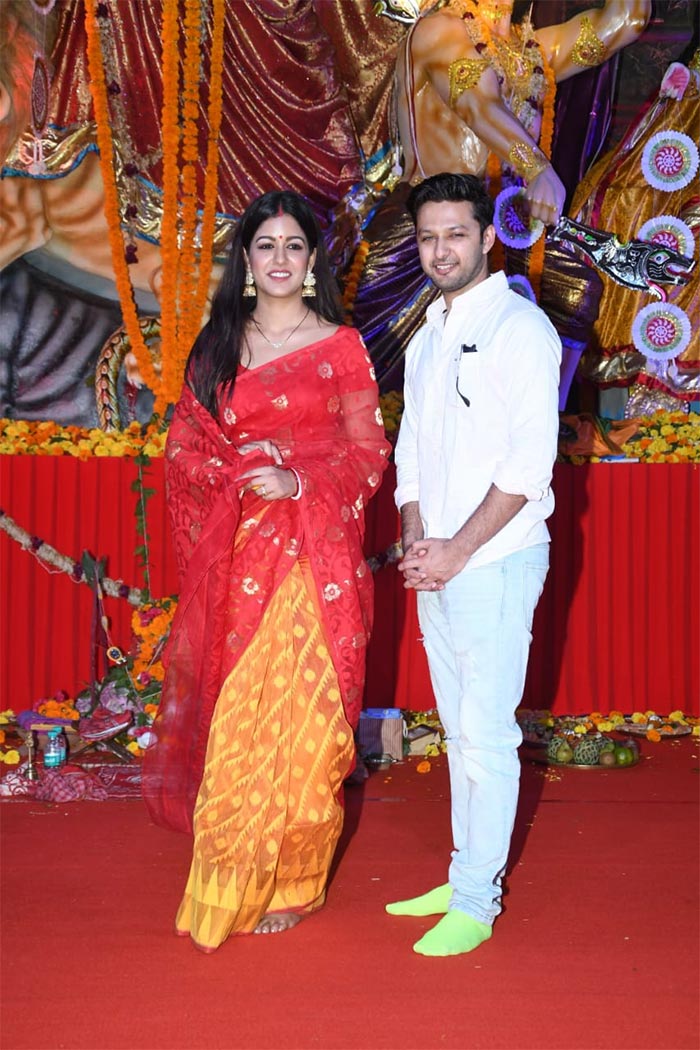 Meanwhile, here's how other celebrities celebrated Durga Puja. Filmmaker Kiran Rao was photographed arriving at a pandal with her son Azad. The mother-son duo was dressed in traditional outfits. 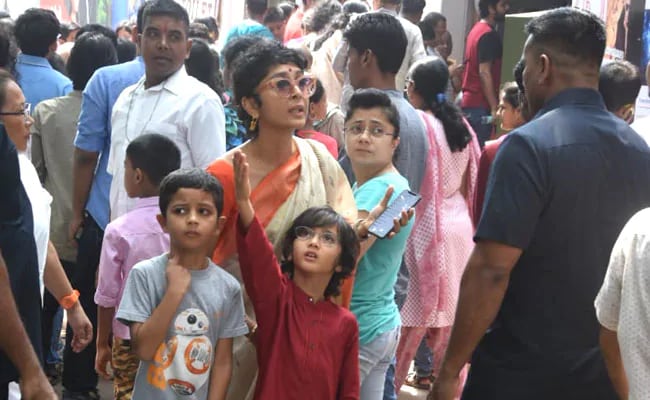 Kiran Rao with Azad at a pandal.

Sushmita Sen celebrated with her daughters Renee and Alisah and a video of the three of them doing dhunuchi dance went viral. ICYMI, check out the video here:

#dhunuchinaach What a #divine feeling dancing with my babies in celebration of #shakti May the #incense burn strong & spread #positivity #love #hope & #kindness where ever it flows!!!#notunpollidurgotsav #sharing #happiness #duggadugga I love you guys!!!

How are you celebrating Durga Puja? Tell us in the comments section.