"It has finally become financially viable and the numbers are coming in," said Kajol 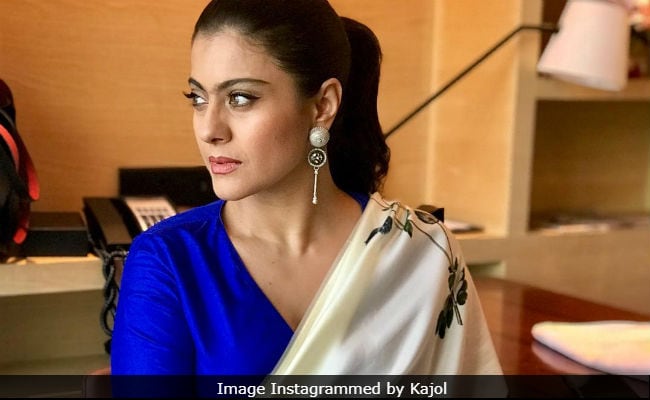 Kajol, who recently featured in the film Helicopter Eela, believes that "best directors" showcase "very strong female characters" in their films these days because female-fronted films have become commercially viable for producers, reports news agency PTI. During a recent media interaction, Kajol told PTI: "f you look at the best directors, I'm not talking about movies but directors, all of them have had very strong characters, very strong female characters in their films. I think every character of theirs has been well rounded and so I think that's the most important point that we need to take home with us." The 44-year-old actress added, "I think the talk about it right now is because it's finally become financially viable and the numbers are coming in. I think that's the main difference. Such films were always being made but they were no doing well as other films were or maybe the ratio was much less. The ratio and the numbers are adding up now."

During the media interaction, Kajol, discussed how this paradigm shift could be attributed to change in the "mentality" of the audiences. "I thank our audiences for changing the mindset and deciding they want to watch every kind of films. Finally, it has become financially viable to even think of projects that don't have big superstars in them," PTI quoted Kajol as saying.

On the work front, Kajol was last seen in Helicopter Eela, co-starring 19-year-old National Award winning actor Riddhi Sen and Neha Dhupia. Kajol took a brief break from her acting career after the 2015 film Dilwale. She hasn't announced her next project as of now.