Julie 2 actress Raai Laxmi said: "It's ridiculous that someone would want to do this to the film before release" 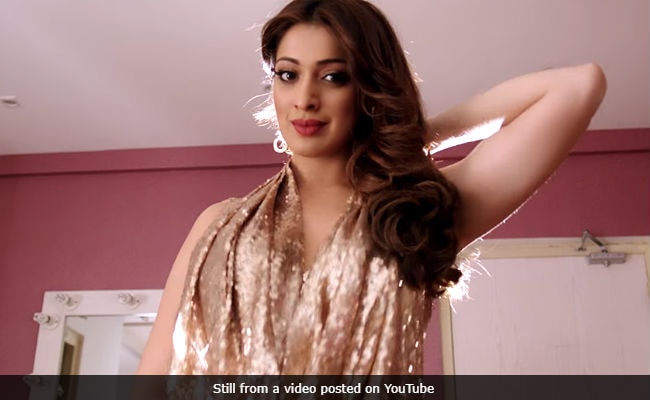 New Delhi: Two days before Julie 2 was scheduled to open in theatres, intimate scenes featuring the film's lead actress Raai Laxmi leaked on social media. Julie 2 is presented by ex-Censor Board chief Pahlaj Nihalani and is slated to hit the screens (after being delayed twice) on November 24. "I am busy promoting the film and wasn't even aware of this. I can't believe these scenes have leaked. It's ridiculous that someone would want to do this to the film before release," Raai Laxmi, 28, told BollywoodLife. Julie 2 - a 'clean adult film,' as Mr Nihalani had said - was cleared for release with an 'A' certificate and without any cuts.

Julie 2 first featured in headlines when it was known that the film will be presented by Mr Nihalani, who is remembered for his "sansakari" way of dealing with films during his term as the boss of the Central Board Of Film Certification. Of Julie 2, he told news agency IANS: "Though it's a film on an adult subject-the exploitation of strugglers and newcomers in Bollywood-the film has no nudity, no skin show, and no double-meaning dialogues. Like I said it is a family film for adults."

Initially, the Internet was baffled by the irony of Pahlaj "sanskari" Nihalani presenting the film - he objected to the use of the word "intercourse" in Jab Harry Met Sejal and cut short kissing scenes in several films including SPECTRE among other things. Of this Mr Nihalani said: "I am no more on the CBFC... My business is movie, movie and movie. Now I am the distributor of this movie... It's a bold, beautiful and blessed movie. I am doing the marketing and distributing, which is my original business."

Promoted
Listen to the latest songs, only on JioSaavn.com
Julie 2 is reportedly based on the life of an actress who was quite popular in the Nineties. It is directed by Deepak Shivdasani.