Juhi Chawla's Throwback Game Is Stronger Than Yours 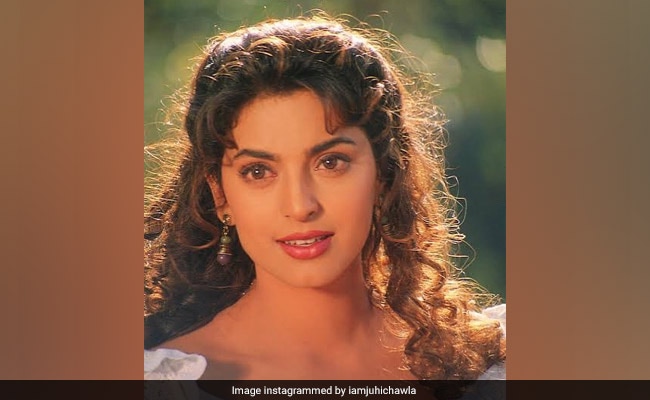 Juhi Chawla is a bone-fide fan of throwback pictures and she could not resist sharing a blast from the past with her fans on Instagram on Wednesday. The 51-year-old actress gave a perfect treat to her fans by sharing an adorable throwback photo, in which she looks beautiful in a white outfit. This throwback photo of Juhi Chawla from the 90's is going crazy viral on social media. Though Juhi has not specified the time when the picture was clicked but going by the photo, it appears that it is from the 1997 film Ishq, which also starred Kajol, Aamir Khan and Ajay Devgn. We just adore her expressions in the picture but we can't decide if we love her expressions more or her caption. Instagramming the photo, Juhi Chawla wrote: "I still think 1990 was 10 years ago."

Juhu Chawla's fans flooded the post with comments such as "My all-time favourite" and "Looking as beautiful as 10 years ago." One user commented on her post: "You are still so beautiful and graceful. Especially your smile!"

Juhi Chawla frequently shares throwback pictures on her Instagram profile. In one of her previous posts, she posted a black-and-white picture of herself and accompanied it with a beautiful caption: "Someone once said, when you photograph people in black and white, you photograph their souls."

In a separate post, she wished her fans on Eid by sharing a beautiful throwback photo of herself. Instagramming the picture, in which she could be seen wearing a long side Jhoomar, Juhi wrote: "May this special day bring peace, happiness and prosperity to everyone. Eid Mubarak!"

May this special day bring peace, happiness and prosperity to everyone. Eid Mubarak! #EidMubarak