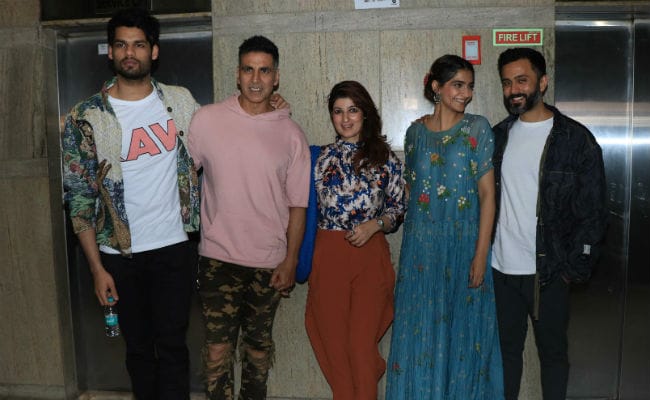 Still thinking about this beautiful film, #EkLadkiKoDekhaTohAisaLaga - hats off to this woman! @sonamkapoor take a bow for making this film, deals with an important subject so wonderfully.

A wonderful movie that stays with you #EkLadkiKoDekhaTohAisaLaga is both relevant and funny. @sonamakapoor is absolutely lovely and @iam_juhi you cracked me up-we have a cousin who speaks exactly like you do in the movie! Folks go watch it ! pic.twitter.com/RVYgWBTz1a

Sonam's cousin Janhvi was also moved by a film, which she described as "beautiful and imposrtant." She shared her review on her Instagram Story with this image of herself from the screening: 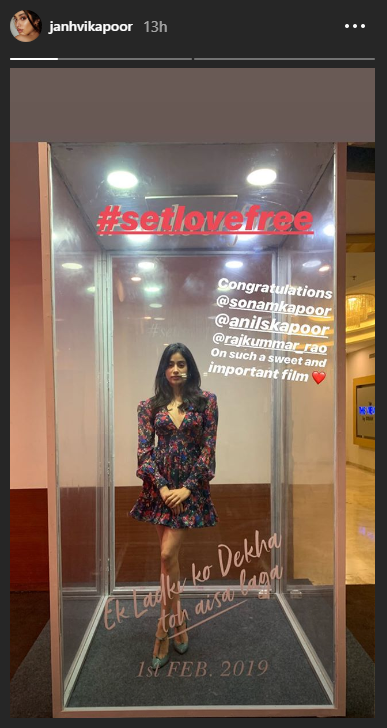 Actress Swara Bhasker was tweeted about the film. "Such an important story told with sensitivity and care. stellar performances all around. must watch! Congrats," she wrote.

What an absolutely delightful, warm & uplifting film #EkLadkiKoDekhaTohAisaLaga#ELKDTAL is! Such an important story told with sensitivity & care. STELLAR performances all around. MUST WATCH! Congrats @AnilKapoor sir @sonamakapoor@iam_juhi ma'am #RajkumarrRao#ShellyChopraDharpic.twitter.com/nOFbqoZLWE 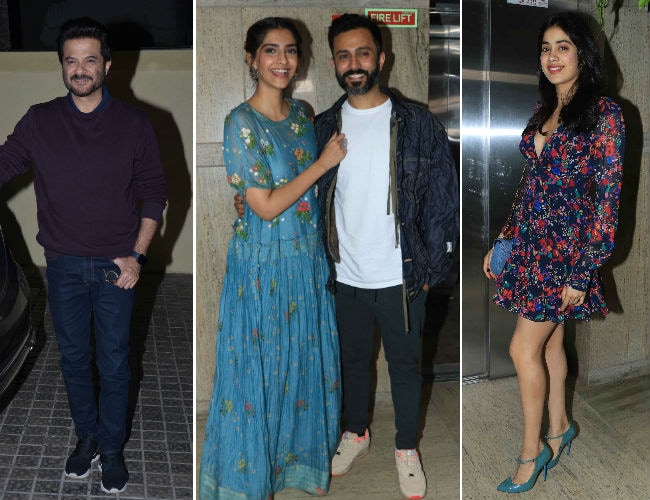 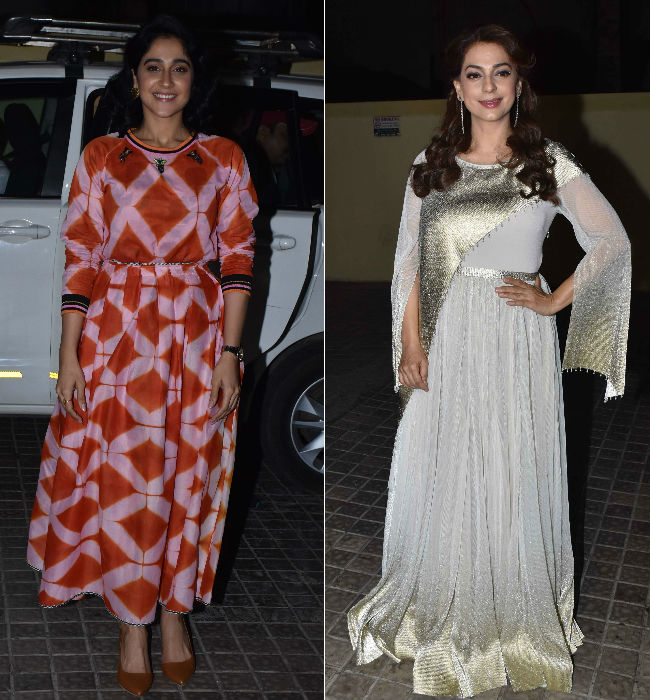 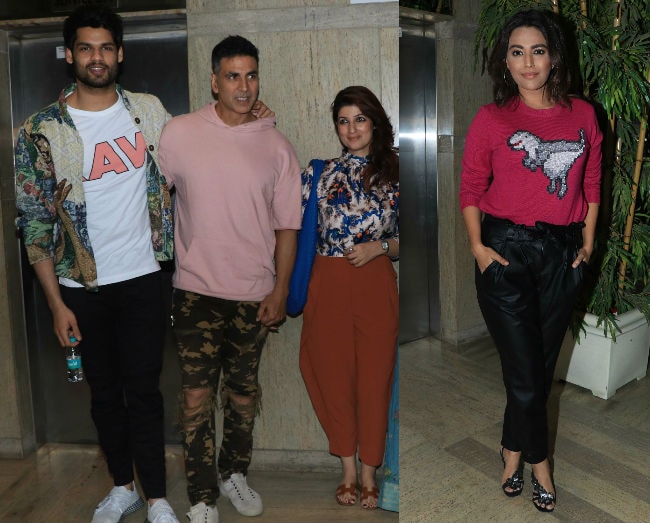 Ek Ladki Ko Dekha Toh Aisa Laga is the story of a father and daughter coming to terms with each other's choice of romantic partners. The film is directed by Shelly Chopra Dhar and produced by Vidhu Vinod Chopra.