Juhi Chawla Feels 'Awkward Calling Up And Asking For Work'

Juhi Chawla, who was among the top crop of actresses in the Nineties, says she's 'not very good at asking for work.' 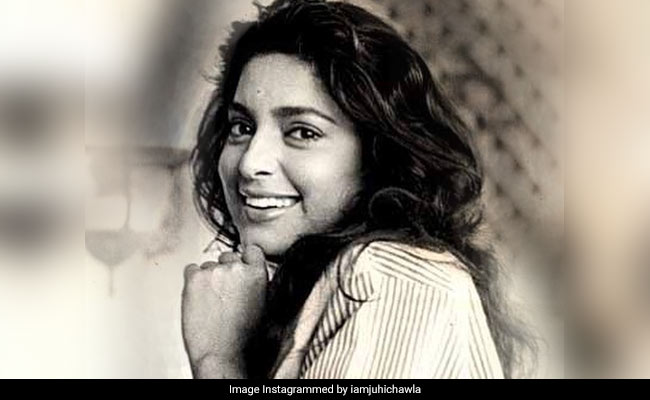 Now, actresses Neena Gupta and Nafisa Ali saw merit in posting their respective CVs on social media asking for work but actress Juhi Chawla told Hindustan Times that 'asking for work' makes her 'feel awkward.' Juhi Chawla, who was last seen in Ek Ladki Ko Dekha Toh Aisa Laga, said that not all projects that come her way are 'worth considering' and sometimes when she asks to be a part of a project she feels 'awkward.' Juhi Chawla told Hindustan Times, "I was lucky to get Ek Ladki Ko Dekha Toh Aisa Laga... But Chalk n Duster was a new producer, a relatively seasoned director but not a known name and we managed to make a good film. I loved the script so much, I went with them to Shabana ji (co-star Shabana Azmi) saying 'Can we do this together'. I've done that too. But I'm not very good at...well I feel very awkward picking up the phone and saying I want to work."

"Films still come to me though few and far between, but not necessarily satisfying. There's a sifting process. There are some which aren't worth considering at all. Not to put anyone down, but some who come really don't have a proper project or a complete story... Though I wouldn't say I'm eager on quantity, but I'd love some amazing quality work to come and then have it win," Juhi Chawla added.

In 2017, Neena Gupta shared her resume (of sorts) on Instagram, following which featured in films like Veere Di Wedding, Mulk and Badhaai Ho. Earlier this year, Nafisa Ali also posted a picture from her portfolio asking for work in films 'perfect for a senior actor.'

Juhi Chawla debuted in 1986 film Sultanat and she was among the top crop of actresses in the Nineties having starred in films like Bol Radha Bol, Aaina, Darr, Yes Boss, Loafer and Hum Hain Rahi Pyaar Ke among others.

Juhi Chawla has co-produced films like Phir Bhi Dil Hai Hindustani and Chalte Chalte. She has also tried her luck with OTT platform in the web-series The Test Case.