Neetu Kapoor On Her Favourite Jugjugg Jeeyo Song Jaise Savan: "It Would Get Me Teary" 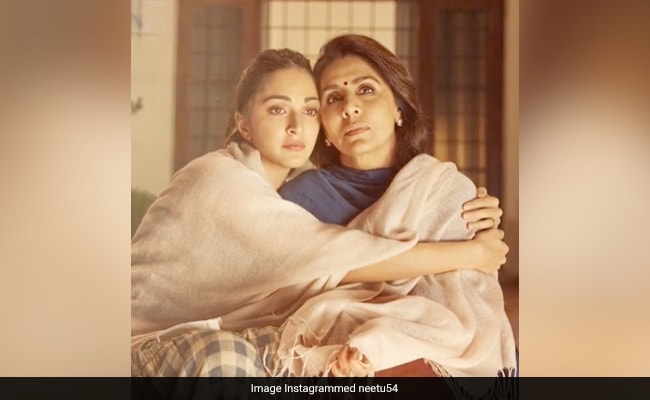 Neetu Kapoor is basking in all the love coming her way for her inspired performance in JugJugg Jeeyo. As the matriarch of a family faced with some harsh truths, Neetu Kapoor emerged as the undoubted favourite of the audience in her comeback film. Now, the veteran actress has shared a sneak peek of her favourite song from the film's album. Posting a clip of the yet-to-be released song named Jaise Savan, Neetu Kapoor confessed that the melody often left her teary eyed. Sharing a clip, Neetu said, “Finally my favourite song is out. During the making every time this song played it would get me teary JugJugg Jeeyo,” and tagged the director Raj Mehta.

A few days ago, after the release of the film, Neetu Kapoor shared a black and white photo with her co-star Anil Kapoor and said, “#JugJuggJeeyo at its heart, is about a family coming together to celebrate the good times and brave the bad ones...Working with Anil Kapoor for the first time feels exactly like that...like coming together with family to make some new memories and relive some old ones.”

Addressing the audience, Neetu Kapoor said, “We hope you will bless this union of families and shower us with your love and support.”

Reacting to the post, actress Gauhar Khan said, “Your Scene stole the show ma'am. Cried my heart out!” with heart emojis.

Neetu Kapoor followed this post with an image of her "real" family – son, Ranbir Kapoor and daughter Riddhima Kapoor Sahni. In the caption, Neetu said, “From Reel to Real-world. My loves,” with heart emojis.

On the personal front too, Neetu Kapoor has much to be happy about with her son Ranbir and daughter-in-law Alia Bhatt expecting their first child soon. After Alia's announcement regarding the same, Neetu sent the Internet into a tizzy with an unseen image of the happy couple. Sharing the adorable photo, Neetu Kapoor said, “God bless,” with two heart emojis. Alia Bhatt responded to the post by saying, “My favourite picture,” with a row of heart emojis and soon made it her Instagram profile picture as well.

Neetu Kapoor is known for her work in films such as Deewaar, Khel Khel Mein, Kabhi Kabhie, and Amar Akbar Anthony.