"All of us are safe with minor injuries my little Sasha is still in the hospital," wrote Rambha 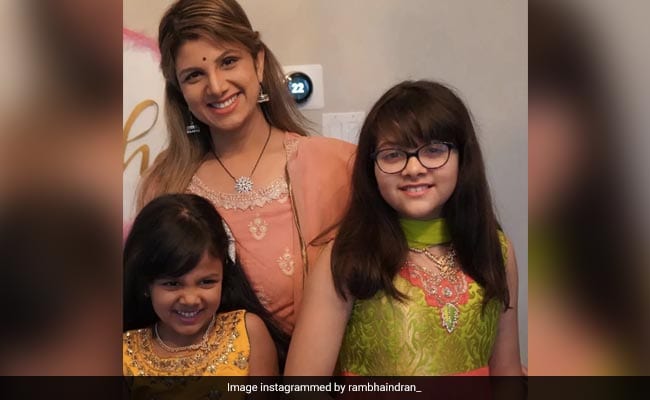 Judwaa actress Rambha and her kids met with an accident in Canada while she was returning home with them and their nanny in a car. The actress shared pictures of her daughter and damaged car on her Instagram handle and requested the fans to pray for the family. Along with the pictures, she wrote a note revealing how the accident happened and assured her fans that she, her kids and their nanny are safe with "minor injuries," but her younger daughter Sasha is still in the hospital.

In the first image, Rambha's daughter Sasha can be seen lying on the bed, while the other images are of damaged cars. She wrote, "Our car was hit by another car at an intersection way back from picking kids from school! "Me with kids and my nanny "All of us are safe with minor injuries my little Sasha is still in the hospital bad days bad time please pray for us  your prayers means a lot."

Soon after Rambha shared the post, her fans flooded the comment section. A fan wrote, "God blessed your family...madam. big fan of yours...get well soon," while another wrote, "pls take care mam she will be alright soon prayers."

On Monday, Rambha shared an adorable post with her daughter Sasha in which her daughter can be seen singing a French song. Sharing the post, Rambha captioned it as "French song by my Sasha"

In 2010, Rambha got married to a businessman Indrakumar Pathmanathanin, and together they have three kids - two daughters and a son.

Meanwhile, on the work front, Rambha has featured in several films across eight regional languages, predominantly in Hindi, Telugu and Tamil. She is known for her performance in films such as Judwaa, co-starring Salman Khan and Karisma Kapoor, Aa Okkati Adakku, Sargam, Jaani Dushman: Ek Anokhi Kahani and Gharwali Baharwali, to name a few.