John Abraham On His First Marathi Venture: 'It's Important To Produce Different Kinds Of Films' 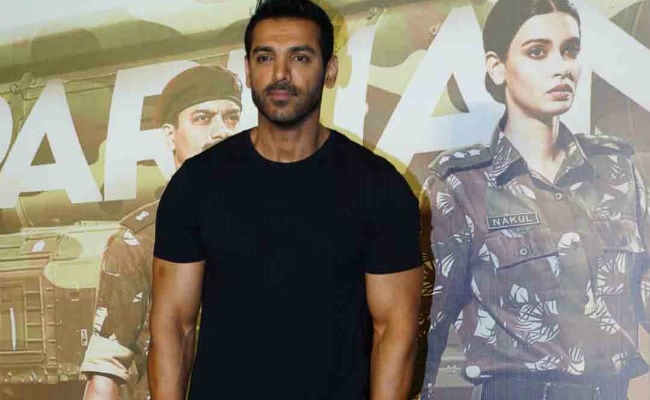 John Abraham at a promotional event in Mumbai.

After producing several Bollywood films such as Vicky Donor, Madras Cafe, Force 2 and Parmanu: The Story Of Pokhran, John Abraham has produced a Marathi film, which is titled Savita Damodar Paranjpe. The actor, who is excited about his first Marathi venture, said that he wishes to produce more regional movies, reports news agency IANS. The 45-year-old actor told IANS: "I am producing a Malayalam film also. I think it's important to produce different kinds of films because as a producer, you have to make good content and for me, when you work with actors who are working in this film, there is so much you learn."

When John was asked about his plans of acting in regional films, he said that he would love to act in a Marathi film. "I would love to do a Marathi film if Subodh Bhave (the film's actor) trains me well to speak Marathi. I am a Marathi boy and I am proud of it because I was born and brought up in Mumbai," IANS quoted him as saying.

Directed by Swapna Waghmare, Savita Damodar Paranjpe, will be JA Entertainment's first Marathi venture. The film is a psychological thriller and it is reportedly based on the Marathi play of the same name. The film features Subhodh Bhave, Raquesh Bapat and Trupti Toradmal and it is slated to release on August 31.

On the work front, John Abraham is gearing up for the release of his upcoming film Satyameva Jayate, which also features Manoj Bajpayee and Amruta Khanvilkar. The film will hit the screens on Independence Day.

John Abraham also has Nikkhil Advani's Batla House in the pipeline. He was last seen in Abhishek Sharma's Parmanu: The Story Of Pokhran, which was a fictionalised retelling of the 1998 Pokhran nuclear tests.