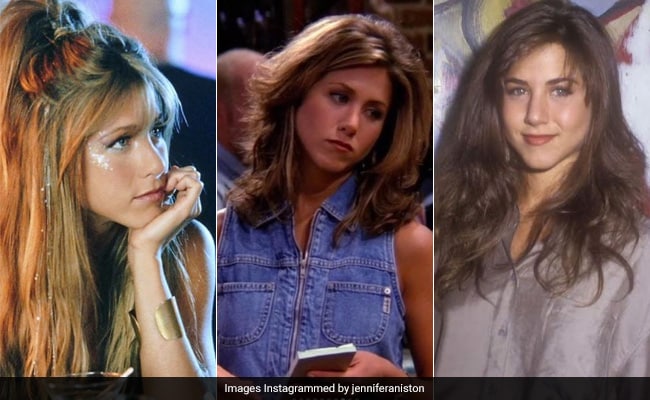 She has been a blonde and and she has been a brunette and everything in between. Jennifer Aniston has managed to rock every hairstyle that she has sported both on and off camera. The actress, in a throwback mood, shared pictures of the hairstyles she has sported over the years. She posted a picture of the pigtails with a baseball cap that she sported during an episode of F.R.I.E.N.D.S. The list would have been incomplete without the Rachel haircut, a style with voluminous shoulder-length style with long layers, which was popularised in the Nineties, inspired by her character Rachel Green. The Horrible Bosses look with bangs and hair dyed black, was not bad either. Then there was lob or long bob, the exaggerated waves, the curtain bangs and more. The star's signature style pick seems to be the smooth and sleek blonde hair. The actress captioned the post: "Choose your player, hair edition."

The comments were full of picks from fans. "Rachel forever and always," wrote an Instagram user. "All of them," added another. "Oh my gosh, 2," wrote a fan. "Don't make us choose," read another comment.

Jennifer Aniston became a star after starring in F.R.I.E.N.D.S as Rachel Green - a rich girl, who makes it big in the fashion industry after serving cups of coffee at the Central Perk as a waitress.

The actress occupied a spot on the list of trends after ever since dating rumours of her and F.R.I.E.N.D.S co-star David Schwimmer surfaced. When the F.R.I.E.N.D.S Reunion aired in May, the two confessed that they were crushing on each other, when they starred as friends/ lovers in the popular sitcom.