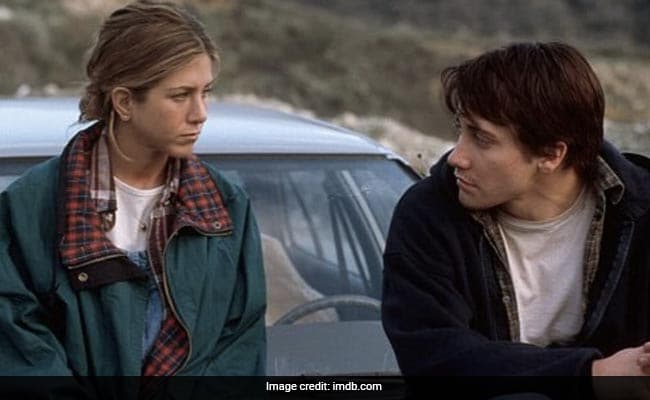 Actor Jake Gyllenhaal is making headlines after describing intimate scenes as "torture but also not torture" in an interview with US radio personality Howard Stern. Asked about filming the scenes with co-star Jennifer Aniston in 2002 film The Good Girl, the 40-year-old actor said, "(It) was torture, yes it was. But it was also not torture. I mean, come on, it was like a mix of both," reports The Independent. "Weirdly, love scenes are awkward, because there are maybe 30, 50 people watching it," he continued, calling intimate scenes "oddly mechanical" and comparing them to choreographed fight or dance sequences.

Jake Gyllenhaal revealed that something called "the pillow technique" was used while filming the scenes in The Good Girl and he also disclosed whose idea that was. I think that was actually a Jennifer suggestion," he said. "I think she was actually very kind to suggest it before we began... She was like, 'I'm putting a pillow here.' That was it, that was all she said," reports Entertainment Weekly. Fun fact - Jake Gyllenhaal used to have a crush on Jennifer Aniston who shot to fame as Rachel Green on F.R.I.E.N.D.S.

The Good Girl starred Jennifer Aniston as a depressed wife in a small Texas town who starts an affair with the cashier (Jake Gyllenhaal) of the store she works at.

In 2002, Jake Gyllenhaal was fresh from the success of his breakout film Donnie Darko; Jennifer Aniston was still starring in F.R.I.E.N.D.S which would end two years later. Since then, Jake has been in acclaimed films like Brokeback Mountain, Zodiac, Love & Other Drugs, Nightcrawler and Southpaw. He played the villain Mysterio in Spider-Man: Far From Home and is currently promoting his new film The Guilty.