Turns out, Phoebe Buffay could look into the future 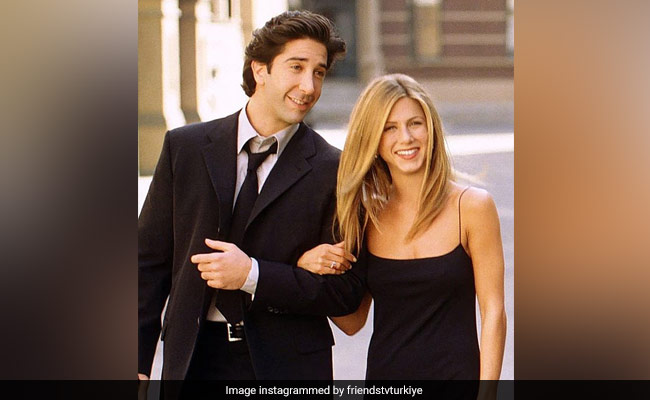 Rosss Geller and Rachel Green have once again put us in a spot, where we can't help but think, will they, won't they? Well, Twitter is absorbed with the lobster effect ever since dating rumours of Jennifer Aniston and David Schwimmer surfaced. Going by the rumour mills, they are more than just F.R.I.E.N.D.S. A source told Closer, "After the reunion, it became clear that reminiscing over the past had stirred up feelings for both of them and that chemistry they'd always had to bury was still there. They began texting immediately after filming and, just last month, David flew from his home in New York to see Jen in Los Angeles. They've been spending time at Jen's home, where she's cooked dinners in the evenings, and have enjoyed quality time together, chatting and laughing." The duo were reportedly also spotted at Jennifer's favourite vineyards in Santa Barbara. Twitter, of course had a lot to say and Pheobe Buffay's Lobster theory seemed to be a recurring phenomenon in many tweets.

For those who require context, allow us to help you. In the popular sitcom F.R.I.E.N.D.S, Pheobe Buffay always referred to Ross and Rachel as "lobsters." According to her theory, the term is used to describe the person of whom another is meant to be with forever. In this case, Ross and Rachel. Ross had a crush on Rachel since college days and well, she did get off the plane for him.

It's been way more than 9 years actually, but we don't mind at all. "Seems somehow relevant now... hahah! #Lobster," wrote a Twitter user.

You know, when we said the Lobster effect is all over Twitter, we meant it. "Jenifer Aniston and David Schimmer are dating! Oh My God! #rossandrachel #lobster," wrote another fan.

Jenifer Aniston and David Schimmer are dating
ON MY GOD!!!! #rossandrachel#lobsterpic.twitter.com/qp8k1fMYoq

Jennifer Aniston and David Schwimmer trended big time a few months ago, when the F.R.I.E.N.D.S Reunion aired and they confessed that they were crushing on each other, when they starred as friends/ lovers in the popular sitcom.