Jawaani Jaaneman's lead actor Saif Ali Khan said, "This story is about a man accepting his age," at the song launch of the film on Tuesday. 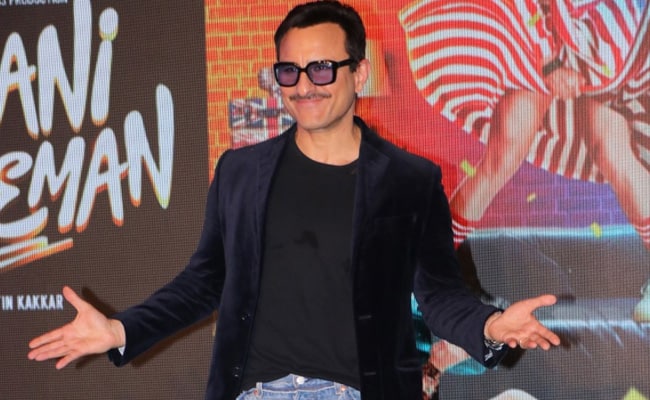 Jawaani Jaaneman's new track is Gallan Kardi was released on Tuesday at an event in Mumbai. Actor Saif Ali Khan, who is featuring in the film, opened up about Jawaani Jaaneman's story and said that it is about "accepting age," as reported by news agency IANS. The film is a romantic comedy which revolves around a father, played by Saif Ali Khan, who is not ready to accept his responsibilities as a father, as hinted in the film's trailer. It is a debut film for actress Alaia Furniturewalla, who is the daughter of actress Pooja Bedi and plays the role of Saif's teenage daughter.

Saif, who features as a 40-year-old bachelor in the film, said, "This story is about a man accepting his age, his responsibilities and his journey in life." He further elaborated by saying, "I think the father is one of the most important people in our lives. A lot of people mess up being a father and create children that need therapy, that need friendship and that need all kinds of things to fix their problems because they are not ready to be responsible fathers."

The 49-year-old actor also talked about his character in the film and said, "My character is not ready. He thinks that (having) a family is not cool, and the solo life is the way to go."