Maharashtra Police and Pune Police also contributed to the Jawaani Jaaneman meme collection, with interesting tweets of their own 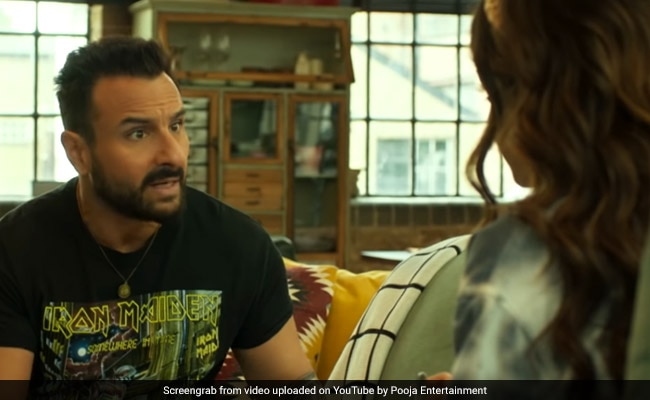 To briefly sum up Saif Ali Khan's character in Jawaani Jaaneman, we can say that its much like his Cocktail avatar. He's a bona-fide bachelor, holed up in the perfect bachelor pad and prefers spending his days partying and then after-partying. Life was all set till debutante Alaia Furniturewalla showed up at his doorstep, claiming that she's his daughter and it turned out to be the truth. The trailer reveals that Alaia is the daughter of Saif and Tabu in the movie, from when they dated some 21 years ago but parted ways. Now, there are dialogues like "Phone kyun nahi kiya?" and "Aap mere papa ho!" in the Jawaani Jaaneman trailer, which made way for some ROFL memes on Twitter.

Saif Ali Khan's daughter Sara Ali Khan and son Taimur also found mention in the tweets, particularly in an ROFL one when they appear in a scene from Shahid Kapoor's Kabir Singh:

Here's the meme fest that happened after the Jawaani Jaaneman trailer released on Thursday.

*Me trying to wake up early morning*#JawaaniJaanemanTrailerpic.twitter.com/7akkpPVNV6

1- Your Crush
2- Her crush
3- Her father
4 - You #JawaaniJaanemanpic.twitter.com/mojDFugEPC

Maharashtra Police and Pune Police also contributed to the Jawaani Jaaneman meme collection, with interesting tweets of their own:

Or when someone calls you asking your OTP! #CyberSafety#Vishing@poojafilms@nitinrkakkar#SaifAliKhan@AlayaF___#Tabu@kubbrasait@jackkybhagnanihttps://t.co/YOVIae51oK

Directed by Nitin Kakkar, the cast of Jawaani Jaaneman marks the Bollywood debut of Alaia Furniturewalla, who is the daughter of actress Pooja Bedi. The movie also includes names such as Kubbra Sait, Kumud Mishra and Rameet Sandhu, who feature in pivotal roles. The film, which has been co-produced by Jackky Bhagnani's Pooja Entertainment, Saif's Black Knight Films and Jay Shewakramani's Northern Lights Films, is scheduled to hit screens on February 7.