Janhvi Kapoor 'Stole' An Outfit From Khushi. What Happened When She Found Out 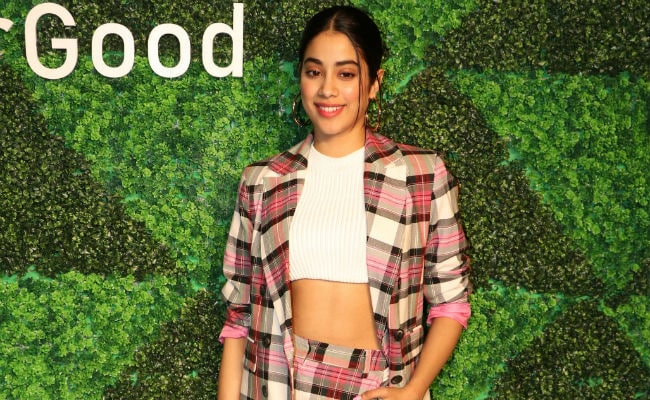 Janhvi Kapoor during a photo op session at an event in Mumbai.

Janhvi Kapoor "stole" the Top Shop outfit she wore to the Facebook live session with Priyanka Chopra on Tuesday from her sister Khushi's wardrobe and the latter was not pleased. Had it not been for social media, Khushi may not have known what Janhvi did. But in the digital age things like these cannot be kept secret. "Die... I hate you... Urgh..." Khushi texted Janhvi when she learnt (through the Internet, of course) that her wardrobe is missing an outfit. Janhvi posted a screenshot of Khushi's reaction and wrote: "When you steal your sister's clothes. Hehehehe." 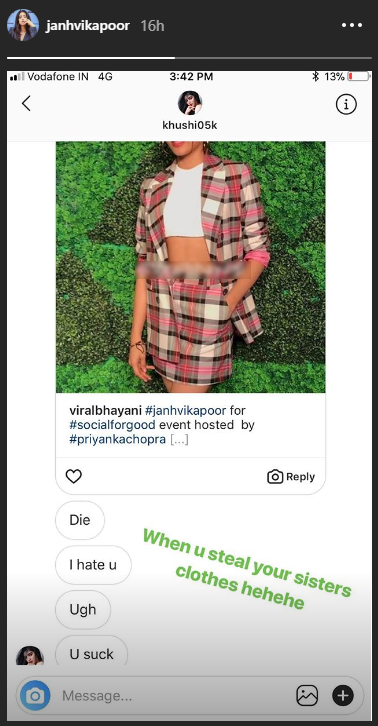 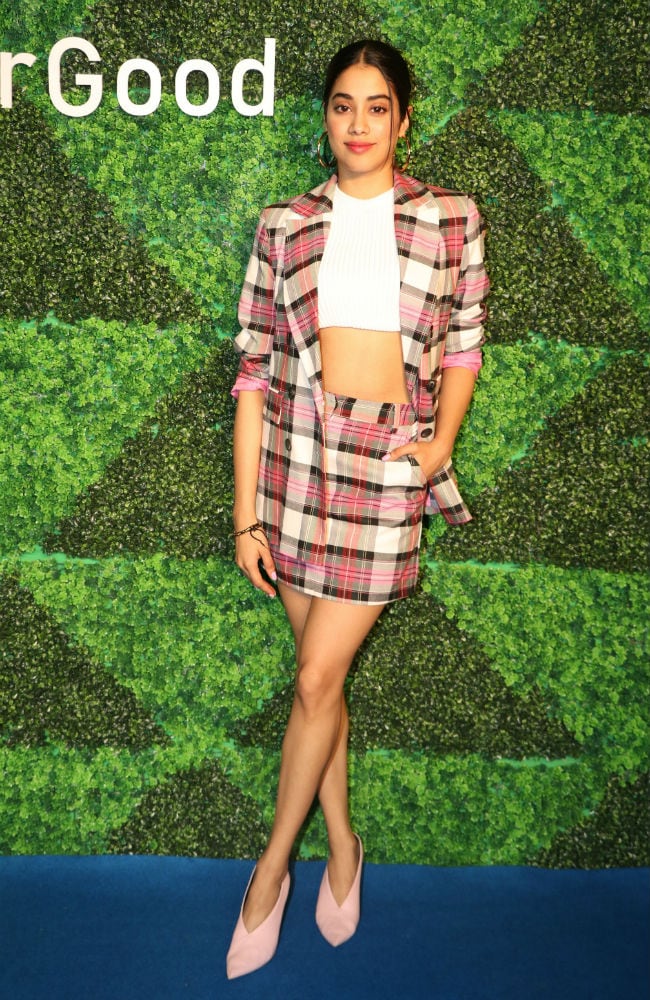 During the aforementioned Facebook live session with Priyanka Chopra, Janhvi discussed the perils and benefits of social media. In the session, Janhvi explained that her Instagram profile was private before she joined the film industry because she did not feel the need to share everything about herself on social media. However, once she became an actress, she made her Instagram profile public to be "in-charge of her narrative."

In the same session, Janhvi revealed that her sister Anshula (daughter of Boney Kapoor and Mona Shourie) received "rape threats" after she apparently did not help Janhvi to win against Arjun Kapoor on an episode of Koffee With Karan. Read all about it here.

Janhvi and Khushi are the daughters of Boney Kapoor and late actress Sridevi. Janhvi debuted in Bollywood earlier this year with Shashank Khaitan-directed Dhadak while Khushi is completing her studies.