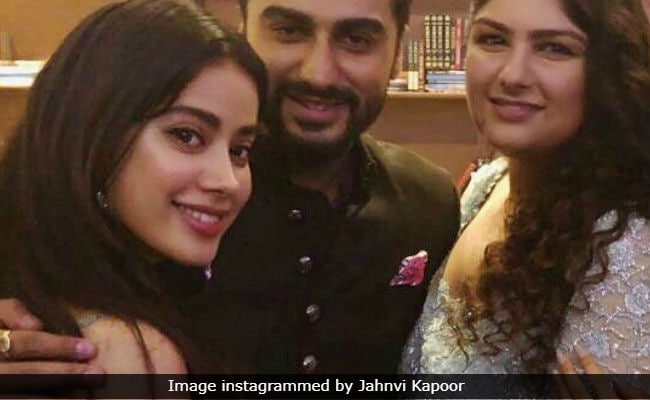 Anushla Kapoor being trolled, abused and threatened for seemingly choosing to help Arjun Kapoor instead of Janhvi during a friendly competition on Koffee With Karan 6 is everything that's wrong with social media. A section of the internet called Anshula out for being biased towards Arjun while some called her "mean and rude." "Anshula, you are an extremely vile girl to be around Jhanvi and Khushi" - comments such as this were posted on social media. Janhvi, during a conversation with Priyanka Chopra for Facebook live session 'Social For Good', said that Anshula received "rape threats" for not helping Janhvi out on the show.

Arjun Kapoor, incensed with the hate comments targeting Anshula, tweeted on Wednesday: "Something I assumed was an absolute non-issue on Koffee With Karan has escalated into Anshula being abused and I can't be bothered by protocol anymore. F**k all those trolls who wish harm to my sister. I hope your mom or sister never have to go through what you have put us through."

Host Karan Johar also backed Arjun and added: "It was a harmless fun game and did not warrant this response! People genuinely need to stop this intense negativity."

I completely agree with you Arjun! Was a harmless fun game and did not warrant this response! People genuinely need to stop this intense negativity.... https://t.co/XITqp1mN6A

While speaking about the impact of social media trolling, Janhvi said: "People are always quick to judge on social media... My sister recently got trolled on social media for something silly that happened on Koffee With Karan. She started getting rape threats and it was weird to me because people on social media are faceless. They feel like they can have an opinion which can sometimes cross a moral line. So when I do put stuff up on social media I do think about that. I feel protective towards them, what people are going to say about them."

In the last episode of Koffee With Karan 6, Arjun Kapoor shared the Koffee couch with Janhvi, where they talked about their relationship dynamics after Sridevi (Janhvi's mother) died in February this year. In a face-off segment on the show, Karan Johar asked Janhvi and Arjun to call up a family member and get them to say, 'Hey, Karan, it's me.' Janhvi dialed Anshula's number and as soon as she picked up the phone, Arjun asked her not to say anything. Arjun won the round and the Internet lashed out on Anshula for not helping Janhvi.

A day after the episode aired on TV, Janhvi shared a picture of herself and Anshula. The comments section soon filled up with negative remarks about Anshula. Replying to an Instagram user, who accused Anshula of favouring Arjun, Janhvi wrote: "She couldn't hear me and asked me after the show got over what that call was about."

#tbt to the first but clearly not the last roller coaster we'll be on together. I love you 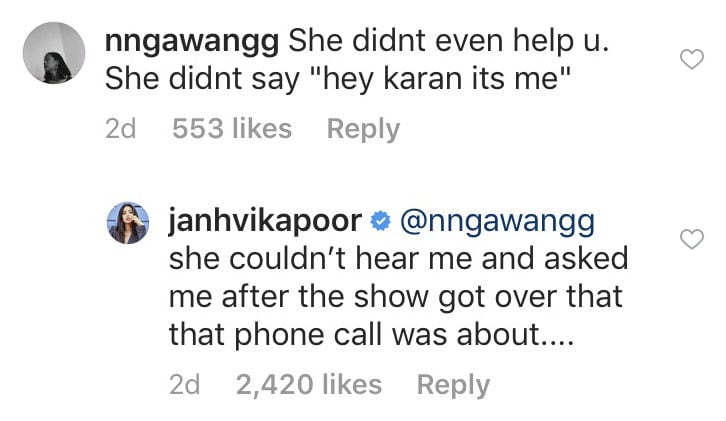 Arjun and Anshula Kapoor are Boney Kapoor's children with his first wife Mona Shourie while janhvi and Khushi are daughters of Boney Kapoor and Sridevi.

Janhvi debuted in Bollywood opposite Ishaan Khatter in 2018 film Dhadak.