Janhvi Kapoor Shares An Update From The Sets Of RoohiAfza

RoohiAfza, which is a horror-comedy, is set in Uttar Pradesh's Moradabad 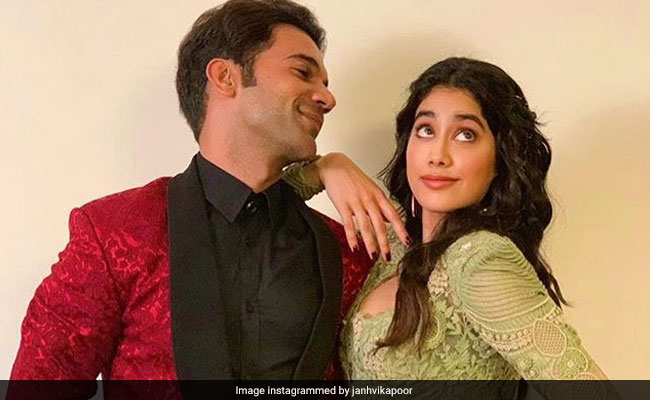 Janhvi Kapoor and Rajkummar Rao started filming their much-anticipated movie RoohiAfza on Friday with producer Dinesh Vijan. Janhvi shared an image of the film's clapboard on her Instagram profile with a caption that will surely grab your attention. Giving us a glimpse from the film's shooting, Janhvi wrote: "Karne aa rahein hai aapke attention ko qabza, aaj se shuru hoti hai RoohiAfza!" RoohiAfza was earlier titled as Rooh-Afza. The film will mark Rajkummar's third project with Dinesh after Stree and Made In China. RoohiAfza, which is a horror-comedy, is set in Uttar Pradesh's Moradabad. But first, check out what Janhvi posted on her Instagram profile:

This is the very first film in which Rajkummar will share screen space with Janhvi. Earlier in an interview with news agency IANS, Rajkummar said that he is excited to work with the actress in the film. "Yes, of course... I am also very excited to work with her. I think Janhvi is a great girl, a wonderful actress and a good friend. So, I think we will have a lot fun while shooting for the film. It is a very quirky script and I am looking forward to be with her," he told IANS.

RoohiAfza, which also stars Varun Sharma, showcases the story of a newlywed couple living in Moradabad, whose peaceful life gets interrupted by a ghost. The ghost puts new grooms to sleep to possess their wives. To foil the devil's plan, women of the town come together to keep grooms stay awake on their first night after the marriage, reported news agency PTI.

The film, which is directed by Hardik Mehta, is also co-produced by Mrighdeep Lamba, who directed the Fukrey series.