The ghost of Rooh-Afza targets newlywed couples. The ghost possesses the bride after the groom falls asleep 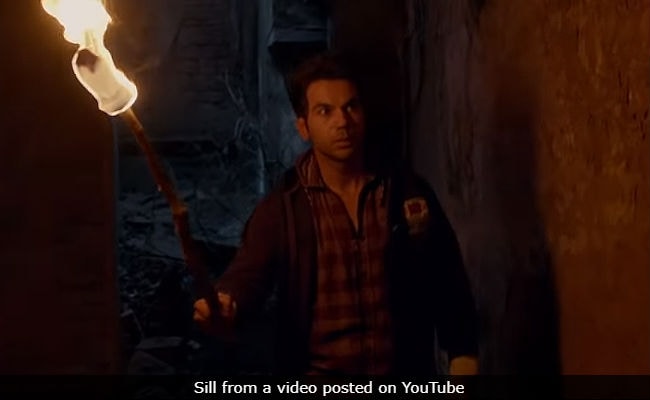 Rajkummar Rao in a still from Stree. (Image courtesy: YouTube)

If you liked Stree, which featured Shraddha Kapoor and Rajkummar Rao, then here's good news. The actor is teaming up with the makers of Stree for another horror-comedy, titled Rooh-Afza, reports news agency PTI. The film's female lead and the director have not been finalised yet. Rooh-Afza is co-produced by Dinesh Vijan (producer of Stree) and Mrighdeep Lamba (director of the Fukrey series) and it also stars Varun Sharma. As per the PTI report, the ghost of Rooh-Afza targets newlywed couple and the film is set in Uttar Pradesh's Moradabad.

The PTI report also added that the film revolves around a ghost, who puts new grooms to sleep and possesses their brides. So, every time there is a wedding in the town, local women come together to keep the groom awake through the first night in a bid to foil the ghost's plan.

The box office success story of Stree is unlike that of any other film. The film was reportedly made on a budget of less than Rs 25 crore and its lifetime business crossed Rs 100 crore. Stree released in August last year to fantastic reviews and serpentine queues outside theatres.

Soon after the film crossed the Rs 100 crore-mark, Rajkummar Rao had said: "We are definitely looking at Stree 2. We should start shooting early next year." Of the film's exceptional box office run, Rajkummar had said: "I knew that we've made a good film. However, none of us expected the film to do so well at the box office." reported PTI.