In 2018, many small budgets films managed to earn four to five times of their actual budgets 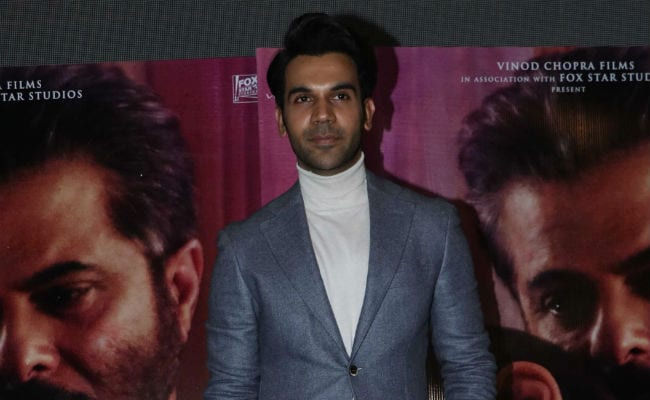 Actor Rajkummar Rao, who has seen a successful year 2018, has said that success of a film is not determined by its budget. Rajkummar Rao was interacting with media when he unveiled first look of his forthcoming film Ek Ladki Ko Dekha Toh Aisa Laga along with his co-actors Anil Kapoor, Sonam Kapoor, Juhi Chawla and producer Vidhu Vinod Chopra on Monday in Mumbai. Horror comedy Stree, starring Rajkummar Rao, went on to become one of the highest grossers of year 2018 with box office collection of Rs 180 crore against its mere budget of Rs 25 crore. Similarly, many small budgets films like Raazi, AndhaDhun, Badhaai Ho, Hichki and PadMan managed to earn four to five times of their actual budgets.

On the other hand, big budget films of big stars like Race 3, Thugs Of Hindostan and Zero bombed at the box-office.

"I think success of the film is not determined by its budget. I feel it's about the content. Content of the film eventually decides budget of your film so, if your content is strong and if your audience is able to connect with it then, it will do well," said Rajkummar.

Ek Ladki Ko Dekha Toh Aisa Laga tells the story of a Hindu woman in love with a Muslim man, whose life falls apart when she discovers her father's infidelity with a woman who aspires to be an actress.

Sharing his experience working in Ek Ladki..., Rajkummar said, "It was really nice experience for me working in this film. When makers of the film approached me with the script, I decided that I had to do this film. I was very moved after reading the script."

Talking about her experience working in Ek Ladki..., Sonam said, "When Vinod (Vidhu Vinod Chopra) called me and told me that I am doing one film and I want you to be part of film that time, I felt it was a wonderful compliment coming from such a reputed director and producer. Shelly ji (Shelly Chopra Dhar) narrated the film's script to me and after hearing it, I felt that it was one of the most beautifully structured scripts I have heard. It is a very complete, entertaining script. It has emotionally satisfying and beautiful ending so, when I heard the script, I told myself that I had to do it."

It will hit the cinemas on February 1.

(Except for the headline, this story has not been edited by NDTV staff and is published from a syndicated feed.)
Comments
rajkummar raobollywood box office 2018ek ladki ko dekha toh aisa laga