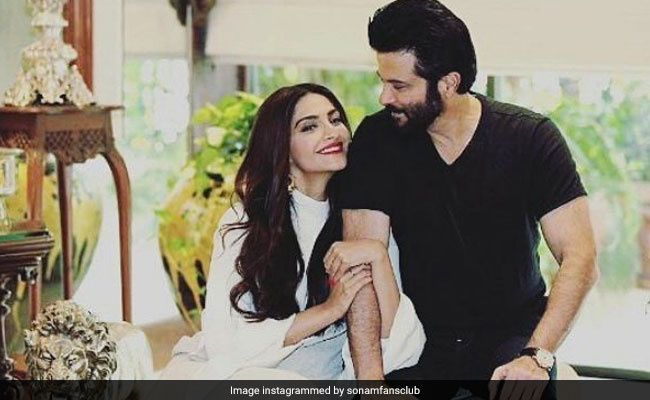 The title of the film, Ek Ladki Ko Dekha Toh Aisa Laga, is based on the hit song of the 90s film 1942: A Love Story, featuring Sonam's father Anil Kapoor and actress Manisha Koirala. Vidhu Vinod Chopra produces the film.

Sonam Kapoor is currently working on The Zoya Factor, which also features her uncle Sanjay Kapoor. Sonam will be sharing screens space with Sanjay Kapoor for the first time. Sanjay Kapoor, who is playing Sonam's onscreen father in the film, said in a statement: "The atmosphere on the sets of The Zoya Factor is chilled out. So, Sonam feels a lot more relaxed. Plus, the character is similar to her real persona. This is the first time I'm shooting with a family member; I just had a cameo in Mubarakan (2017) where I played Arjun Kapoor's father. Sonam and I have never had the chance to spend quality time like this. As we are working together, we meet every day, discuss a lot of things and are getting to know each other."

The Zoya Factor went on floors in August. The film is based on Anuja Chauhan's bestselling novel of the same name. The film is being directed by Abhishek Sharma, who has earlier directed films like The Shaukeens and Tere Bin Laden. Of how Sonam prepared for her role in the film, Sonam told news agency IANS: "I have read the book several times and have taken quite a bit of references for my character in the film."