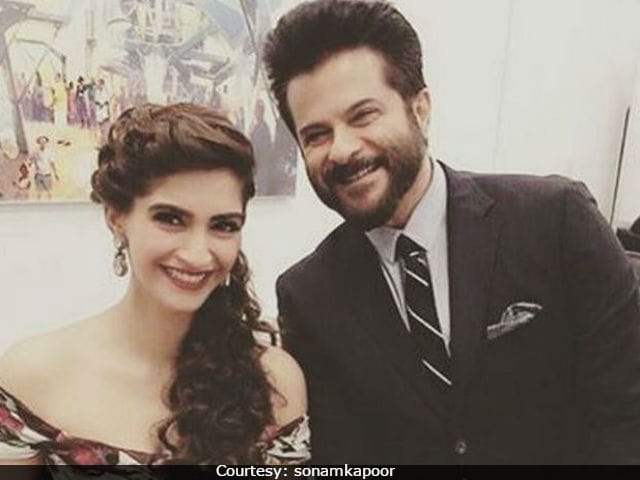 New Delhi: Actress Sonam Kapoor recently got a Special Mention for her role in Neerja at the 64th National Film Awards. Her father Anil Kapoor is now looking forward to Sonam receiving an award for her work from President Pranab Mukherjee. "I am very happy. I was discussing it with my family that she is so fortunate. In such a short span of time, at such a young age, with such a less number of films, she has got this recognition from the highest award in our country. Besides, the film has been loved by all. I am looking forward to the May 3 event when Sonam will be on dais receiving an award from the President of this country," Mr Kapoor told news agency IANS.

Soon after the National Film Awards announcements were made, Anil Kapoor expressed his happiness on Twitter. "This news just made my morning," wrote Mr Kapoor.

"All the departments of Neerja were excellent. But Sonam was Neerja and Neerja was Sonam. I am very happy that not just the film, but even Sonam has received a National Award."

In the film, Sonam Kapoor played the role of airhostess Neerja Bhanot.

A director can push the actor but the director can't help the actor to land ...safely. This is all you @sonamakapoor. Well earned accolades https://t.co/oTJRhmJxH5

Promoted
Listen to the latest songs, only on JioSaavn.com
Meanwhile, veteran actress Shabana Azmi also congratulated Sonam and told her that she is 'very proud' of her achievements.

This made my day year and everything! Thank you @AzmiShabana and thank you @RamKMadhvani for showing me this! pic.twitter.com/3PrBKSLVag