Ishaan Khatter Trolls Janhvi Kapoor, Tells Rajkummar Rao To 'Be Wary Of Her' 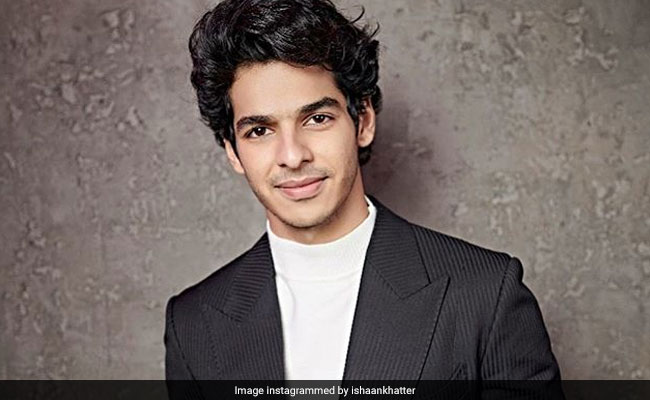 Actor Ishaan Khatter joked that Rajkummar Rao should be "wary" of Janhvi Kapoor, with whom he is going to work in Rooh-Afza. Speaking on Neha Dhupia's chat show, BFFs With Vogue, Ishaan, who shares a great bond with actress Janhvi Kapoor after they co-starred in Dhadak last year, said that fan girl Janhvi is "obsessed" with Rajkummar Rao and his work which is why he "needs to be wary of her," reported Mumbai Mirror. "He (Rajkummar Rao) needs to be wary because she is obsessed with him, he joked and added, "She is a keen learner. I think he must have already observed that about her and she genuinely is very fond of his work, as am I."

Ishaan Khatter wasn't the only comic during the episode - the National Award-winning actor also said that he was "jealous" when Ishaan was cast in Iranian director Majid Majidi's film Beyond The Clouds.

Rooh-Afza is a horror-comedy directed by Hardik Mehta, who has worked on films such as Lootera, Queen and Trapped, and co-produced by Dinesh Vijan (producer of Stree) and Mrighdeep Lamba (director of the Fukrey series).

The film, which also stars Varun Sharma, revolves around the story of a newlywed couple living in Uttar Pradesh's Moradabad, whose life gets interrupted by a ghost who puts new grooms to sleep to possess their wives. To foil the ghost's plan, the women of the town come together to keep grooms awake on their first night after the marriage, reported news agency PTI.

The film will reportedly go on floors in June this year.