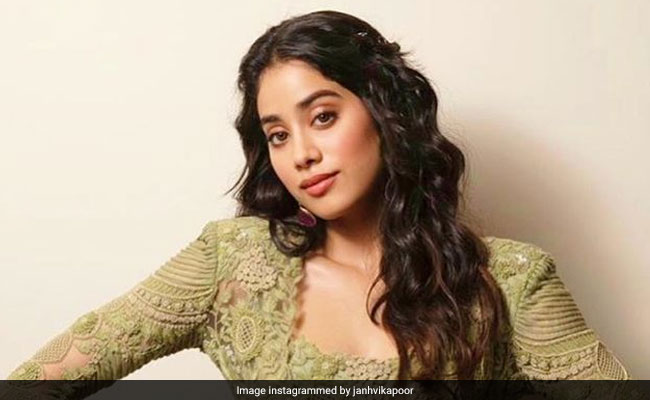 Actress Janhvi Kapoor recounted meeting Pankaj Tripathi at a party where the actor gave her "a look" for her unusual analogy, reports news agency IANS. Janhvi was speaking to Anaita Shroff Adajania on an episode of Voot's Feet Up With The Stars. Janhvi, daughter of late actress Sridevi, told Anaita that at a party when she heard Pankaj Tripathi comparing acting and the process of cooking mutton, she joined the conversation and said: "Sir, par aap toh ice cream ho, aap sabko pasand ho (You are like an ice cream. Everyone likes you). Right after I said it, he gave me a look. He probably thinks I am a creep."

She added: "But yes I feel he is a legendary actor and there is no one like Pankaj sir. I couldn't hold back and immediately expressed my fondness for him."

On the work front, Janhvi will be next seen in producer Dinesh Vijan's film Rooh-Afza, co-starring Rajkummar Rao. Rooh-Afza is a horror comedy and it is directed by Hardik Mehta, who has worked on films such as Lootera, Queen and Trapped

Janhvi Kapoor debuted opposite Ishaan Khatter in 2018 film Dhadak, which was also produced by Karan Johar.