"I am also very excited to work with her. I think Janhvi is a great girl, a wonderful actress and a good friend," said Rajkummar Rao 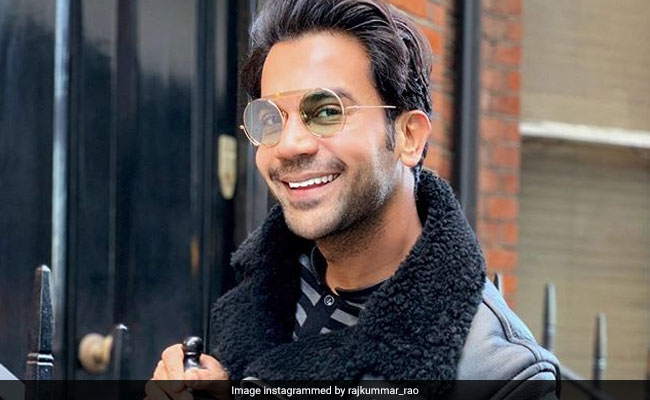 Actor Rajkummar Rao is looking forward to collaborate with Janhvi Kapoor for the first time in Rooh-Afza a horror comedy. Rajkummar spoke on the sidelines of a shoot for Bhamla Foundation's anti-air pollution song Hawa Aane De in Mumbai on Saturday. Janhvi has expressed her admiration for Rajkummar's work many times.

Asked if he is excited to work with Janhvi in the film, he said: "Yes, of course... I am also very excited to work with her. I think Janhvi is a great girl, a wonderful actress and a good friend. So, I think we will have a lot fun while shooting for the film. It is a very quirky script and I am looking forward to be with her."

Rajkummar will also be seen in Ekta Kapoor's Mental Hai Kya, which also stars Kangana Ranaut. The film will release on July 26 and it was going to clash with Hrithik Roshan-starrer Super 30. But Hrithik urged the producers to change his movie's release date to avoid a 'media circus' due to his public feud with Kangana.

Commenting on the development, Rajkummar said: "The decision of releasing the film is not in my hand as it is in the makers' hands, so they have decided release date of the film."

Rajkummar said that he didn't have any knowledge about the issue as he was shooting for a film in Haryana.

Produced by Dinesh Vijan and Mrighdeep Singh Lamba, Rooh-Afza will be directed by debutant Hardik Mehta.

The shooting will start in Uttar Pradesh in June and the film is slated to release on March 20, 2020. This will be Rajkummar's third collaboration with Vijan after Stree and Made in China.