Janhvi Kapoor Gives A Tour Of Her Chennai Home, Bought By Mom Sridevi 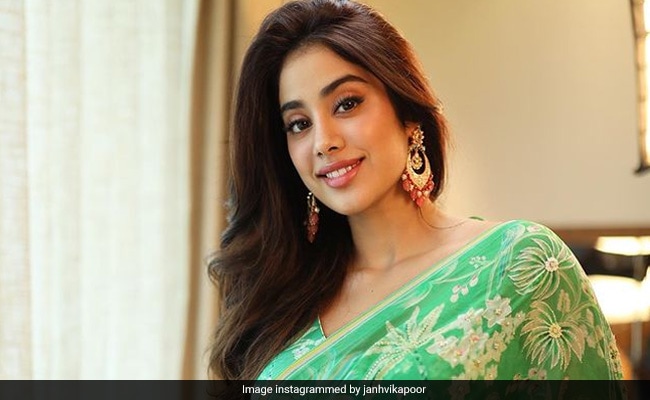 Janhvi Kapoor took some time out of her busy life and gave a tour of her Chennai home to Vogue India. The 25-year-old actress began the video with these words: "Hi guys, welcome to my Chennai house." The first spot that Janhvi showed in the video was her dad Boney Kapoor's office. Janhvi Kapoor shared a "fun fact" about the property and said, "It was the first property that mom (Sridevi) ever bought and it was very different when she bought it and she decided to do it up after she got married." Janhvi then showed a lot of paintings made by Sridevi. She also gave tour of the dinning room, the gym, her bedroom, a "secret room" and also her favourite corner of the house - "a memorabilia wall."

Looking back at some of the throwback pictures, the Dhadak star added, "This is mom and dad's marriage photo. I think this was some sort of a secret wedding which is why they seem so stressed. I don't know if I was supposed to say that." Janhvi Kapoor revealed that photo wall was "actually mom's idea."

Referring to a "secret room," the actress said, "Fun fact, there is a secret room inside here. I don't know what is in the room." Janhvi Kapoor then gave a tour of the room with the TV and said, "I spend most of time here with my sister (Khushi Kapoor)." After the terrace, Janhvi Kapoor showed her gym and described it as her "sanctuary." She revealed that all the paintings on the wall in that area were made by her and sister Khushi during the lockdown.

Here's the video of Janhvi Kapoor giving a house tour:

On the work front, Janhvi Kapoor was last seen in Mili. She is known for starring in films like Dhadak, Roohi, Gunjan Saxena: The Kargil Girl, Ghost Stories and GoodLuck Jerry. Her upcoming projects include Dostana 2, Bawaal and Mr And Mrs Mahi.

Sridevi, who acted in 300 films in a career spanning over 5 decades, died in Dubai in 2018, where she attended a family wedding. The actress' last film was MOM (2017), which was backed by her husband Boney Kapoor, for which she was posthumously awarded the National Film Award for the Best Actress in 2018.