"This is a new brother-sister pairing that Karan Johar is introducing with the movie," a source revealed 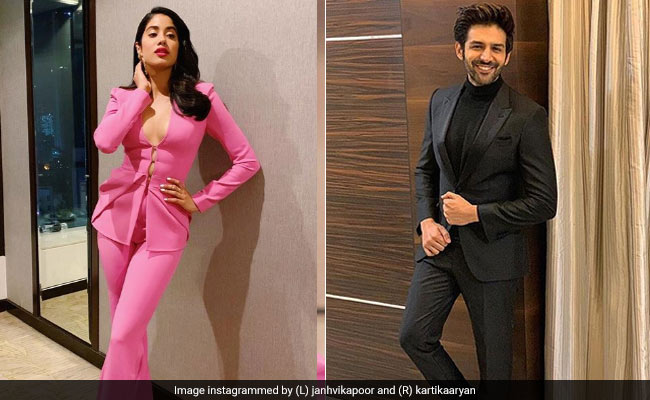 After Janhvi Kapoor and Kartik Aaryan announced their collaboration with Karan Johar for Dostana 2, fans were speculating that the duo will be paired romantically in the film. However, it has now been reported that the two will play siblings in the movie, stated a report in Pinkvilla. A source close to the development told Pinkvilla: "Kartik and Janhvi are not paired opposite each other in Dostana 2. In fact, they are playing siblings in the film. This is a new brother-sister pairing that Karan Johar is introducing with the movie." The source also revealed that both Janhvi and Kartik will have same love interest in Dostana 2.

Talking about the film's plot and the third "suitable boy" Janhvi and Kartik mentioned in their announcement post, the source further said: "The reason why they called the third lead 'a suitable boy' is because both Janhvi and Kartik have the same love interest, to be essayed by this newcomer that Dharma plans to launch with the sequel."

On June 27, Kartik Aryan and Janhvi Kapoor, in separate posts, announced that they have joined the team of Dostana 2. In his post, Kartik made a Dostana reference by quoting a dialogue from the first instalment of the film and wrote: "Maa da laadla bigadne wala hai." He added, "Can't wait to take this franchise forward with my partners in crime Janhvi Kapoor Collin DCunha and the "suitable boy."

On the other hand, Janhvi expressed her excitement out loud in her post and wrote: "Omg! Can't control my excitement about joining the team of Dostana 2."

Here's what both the actors shared on their respective Instagram profiles: