Jacqueline Fernandez's Guide For The Perfect Vacation With Your Sister 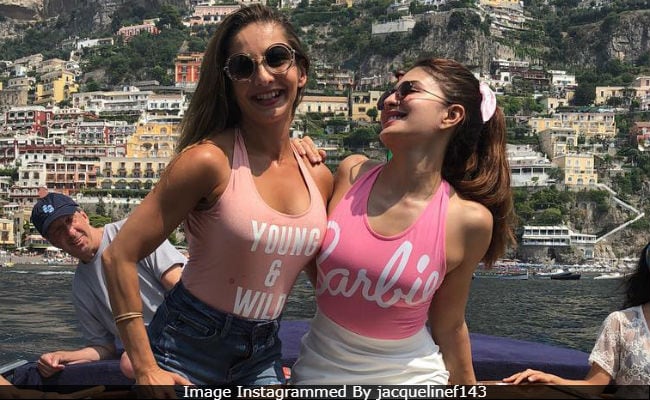 Folks, have you seen actress Jacqueline Fernandez's latest Instagram post yet? While we are stuck here, Jacqueline, who recently turned 33, is vacationing in Positano, Italy. She has been accompanied with her sister, as mentioned in a post shared by Jacqueline last night. "Sisterly love in Positano," she wrote. The picturesque location and Jacqueline's chic style - you just cannot miss. She is dressed in a pink top and short white skirt and cheerfully poses for the cameras. (Wow, Jacqueline, much wow). Her picture has got over 9 lakh likes so far. Celebs such as Gauri Khan, Arjun Kapoor, Sonakshi Sinha, Sushant Singh Rajput and Sidharth Malhotra have also liked her picture.

Jacqueline Fernandez celebrated her 33rd birthday over the weekend. She thanked everyone for the good wishes with a social media post. "Made it another year. Saving all the love and wishes in my locket to remember how blessed I feel right now," she posted.

Made it another year saving all the love and wishes in my locket to remember how blessed I feel right now!!

Last week, Jacqueline shared a hilarious video with Kartik Aaryan from Bulgaria, where they were shooting for a project. "Baal baal bach gayein. Quite KICKed to meet you," read the caption on Kartik's post. Jacqueline was rumoured to be shooting for the Hindi remake of superhit Kannada film Kirik Party, which stars Kartik as the main lead. However, there's no official announcement on his female co-star yet.

Jab we met @kartikaaryan nice to meet you! #sidanand #magicmoments

Jacqueline was a part of Salman Khan's Da-Bangg Reloaded Tour, along with Katrina Kaif, Sonakshi Sinha and others.

And it's a wrap!!! Thank you TORONTO Team #dabangg you made this tour so memorable!! Love you @beingsalmankhan @prabhudheva @katrinakaif @aslisona @shahdaisy @manieshpaul @gururandhawa big shout out to @thejaevents @sohailkhanproductions @sahilpromotions @asimfarooki so amazing to work with!! Here's to many more to come!!! #dabangg Reloaded!!!! #worldtour

Jacqueline Fernandez was last seen in Race 3 and Drive is her upcoming film.