It's Harshvardhan Kapoor's Birthday, Family Wishes Him on Instagram 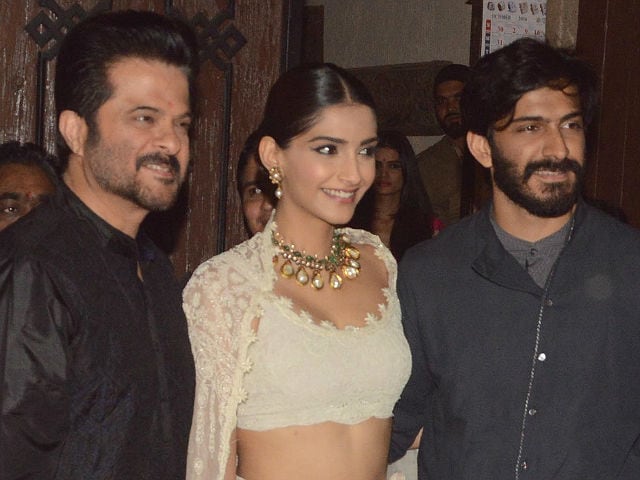 New Delhi: The New Kapoor kid on the block - Harshavardhan celebrates his 26th birthday today and even before his fans and colleague could flood his social media wall/timeline with best wishes, three of his family members wished him we three heartwarming messages.

Harshvardhan debuted in Bollywood this year in October in Rakeysh Omprakash Mehra's Mirzya and his family is so proud of him. His actor father Anil Kapoor wrote:

You have given me so many reasons to be proud of the man you have become , but the proudest moment for me is telling others that you are my son . I love you now and forever . Happy birthday @harshvardhankapoor

Actress sister Sonam Kapoor shared a picture from the screening of Mirzya in London:

"Press on - nothing can take the place of persistence. Talent will not; nothing is more common than unsuccessful men with talent. Genius will not; unrewarded genius is almost a proverb. Education will not; the world is full of educated derelicts. Perseverance and determination alone are omnipotent" Calvin Coolidge... I don't know anyone who is as hardworking and determined as you @harshvardhankapoor ! More than your talent and all your wonderful gifts, your strength of character and work ethic is what I'm proud off! Love you brother, happy happy birthday!!

His mother Sunita Kapoor had the sweetest words:

I wish you the strength to face challenges with confidence..along with the wisdom to choose your battles carefully .. I wish you adventure on your journey and may you always stop to help someone on the way..listen to your heart and take risks carefully...Remember how much you are loved and how proud you make me Happy Birthday My son

Before Mirzya, Harshvardhan worked as assistant director to Anurag Kashyap in Bombay Velvet.

Promoted
Listen to the latest songs, only on JioSaavn.com
Mirzya, which released on October 7, was based on the folklore of Mirza-Sahibaan. The film failed to get a bumper opening and did not receive much critical acclaim. The film was also actress Saiyami Kher's debut project.

Even before Mirzya hit the screens, Harshvardhan had signed his next film - Bhavesh Joshi, which is written and directed by Vikramaditya Motwane.