The couple were blessed with their first child on Saturday 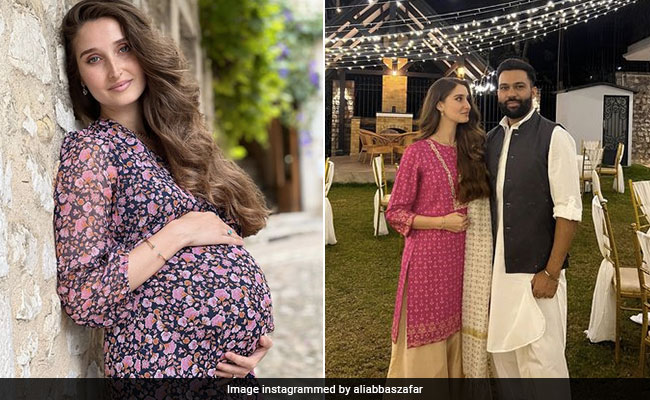 Congratulations, Ali Abbas Zafar and Alicia. The couple are on cloud nine these days as they recently welcomed their first child – a baby girl. The director announced the arrival of his daughter on social media and revealed that he and Alicia have named their little bundle of joy Alija Zehra Zafar. “Alicia and I began our journey with love, love which is beyond borders - colour and race, we are very fortunate that we found each other and got married,” wrote Ali Abbas Zafar on Instagram alongside a photo of his wife cradling her baby bump. Alicia looks gorgeous in a pink and blue printed outfit in the post.

The couple were blessed with their first child on Saturday, almost two years after they got married. Calling their daughter Alija the "most beautiful gift” of their lives, the Tiger Zinda Hai director wrote: “Now after almost 2 years, we are thankful to Almighty Allah for blessing us with most beautiful gift of our life. She came in our life on 24 September at midnight 12.25 am. Please welcome our bundle of joy - Alija Zehra Zafar. Ali Alicia Alija #Aliverse.”

Minutes after Ali Abbas Zafar shared the good news his friends and fans sent him and Alicia congratulatory messages.

Katrina Kaif, who worked with the the director in Tiger Zinda Hai, Mere Brother Ki Dulhan and Bharat, expressed her excitement like this: “Wohoooo (red heart emojis).”

Ali Abbas Zafar had announced his wedding to Alicia on January 5 last year.

The couple celebrated their first wedding anniversary on January 3 this year.