"This is a true character, wrong or right, I can't say. I tasted what power feels like through this character," said Sunil Grover 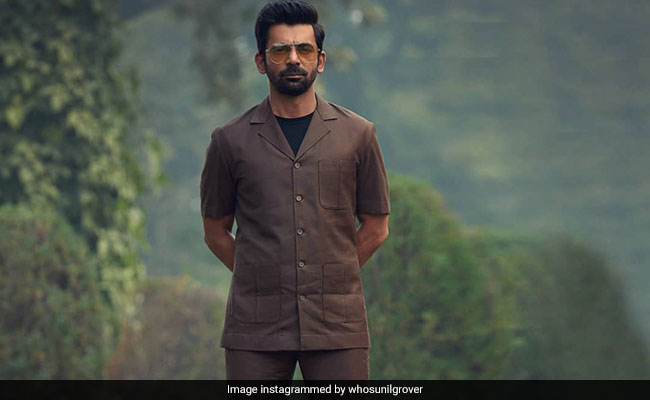 Sunil Grover on the sets of Tandav (courtesy whosunilgrover)

When director Ali Abbas Zafar sent the script of the upcoming political drama Tandav to Sunil Grover, the actor asked him "Are you sure about this?"

Grover, the funny man behind popular characters like Gutthi, Rinku Bhabhi and Dr Mashoor Gulati on television, was sceptical about joining the cast of the Amazon Prime Video series where he plays the right-hand man to Saif Ali Khan''s scheming politician.

But Zafar, who collaborated with the actor in 2019's Bharat opposite Salman Khan, knew Grover was the perfect fit to play Gurpal Chauhan.

"I had worked with Ali in ''Bharat'' and he said he wants me to work in Tandav. He sent me the script, I read it. I called him back and said ''Are you sure about this because I have a very strong background as a funny guy?'' He said ''I want only you to do this role''," Grover told PTI in an interview over Zoom.

Born in Sirsa, Haryana, the actor holds a master''s degree in theatre from Panjab University and was discovered during his college days by the late satirist and comedian Jaspal Bhatti.

Prior to his success on TV, Grover played bit roles in films like Pyaar Toh Hona Hi Tha, The Legend of Bhagat Singh, and it was the small screen that gave him his second innings in cinema with Gabbar Is Back, Pataakha and Bharat.

"I only know how to play different characters. I want to keep doing this and keep experimenting for as long as possible."

His character in Tandav, the 43-year-old actor said, is close to the kingmaker, Khan''s Samar Pratap Singh, and that gave him a chance to stay real.

As Gurpal is someone who is right next to the "kingmaker", his character also holds some authority in this fictional world of politics, Grover said.

"This is a true character, wrong or right, I can't say. I tasted what power feels like through this character. I got to live the life of a powerful man, even if fiction. The moves one makes to claim power, and all the mental and physical energy that it takes.

"It is difficult to return to a place without power after tasting it. Power is a drug. If you never had power, then it's a different thing. But if power is snatched away from you, dealing with it on a psychological level is very tough."

The actor said Tandav is an "insightful and intricate work" by writer Gaurav Solanki.

"The show is about humans who live a political life. It''s not just about politics, it's more about people. The series is open to interpretation," he added.

Grover praised Zafar, who also serves as the creator on the show, for his multi-tasking skills and quipped direction is "more difficult than building the Sea Link bridge".

"I share a good relationship with Ali. He is very cool, calm and quiet. But many people don''t know he is very funny. We share heartland humour between us. We kept laughing on the sets. He is also very sarcastic man, intelligent man. Laughing and making people laugh is the work of intelligent people."

Tandav will start streaming from January 15.