Congratulatory messages flooded in from Ananya Panday, Arjun Kapoor, Disha Patani and others 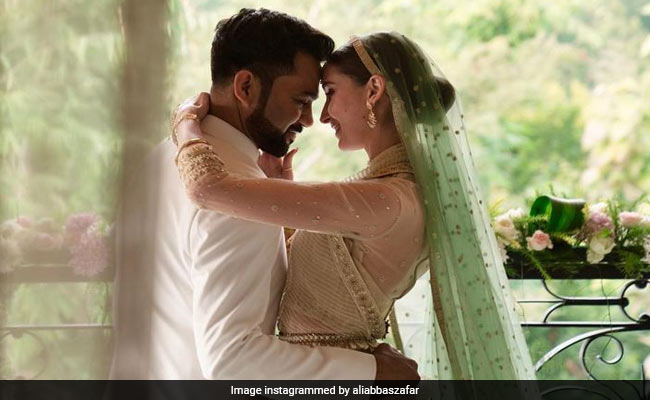 Director Ali Abbas Zafar began 2021 in the happiest manner possible. On Tuesday, the filmmaker shared a wedding photo of himself and bride Alicia after quietly getting married recently. "Mine for life," the Sultan director signed off his Instagram post, the caption of which referenced the story of Fatima, a daughter of Prophet Muhammad, and her husband Ali. "1400 years ago Imam Ali said to Fatimah Al- Zahra's, all my worries and sadness disappears. When I look at your face, I feel the same Alicia Zafar," Ali Abbas Zafar wrote in his post. Congratulatory messages flooded in from Ananya Panday, Arjun Kapoor, Disha Patani and others. See Ali Abbas Zafar's post here:

A day ago, Ali Abbas Zafar shared a picture of entwined hands - presumably his and Alicia's - writing simply, "Bismillah." In the photo, Alicia's hand is decorated with bridal jewellery. Actress Katrina Kaif, a close friend of the director and star of several films he's made, congratulated the newlyweds as did her sister Isabelle and actor Ranveer Singh. See the post here:

Ali Abbas Zafar, who is a screenwriter and producer as well as a director, is best-known for helming blockbusters with Salman Khan in the lead - Sultan, Tiger Zinda Hai and, most recently, Bharat. He also directed Mere Brother Ki Dulhan, starring Katrina, and Gunday, with Ranveer, Arjun and Priyanka Chopra in the lead roles.