In his interview, Ali Abbas Zafar added what to expect from his version of the Mr India film: "My film is essentially about the common man fighting a mighty villain." 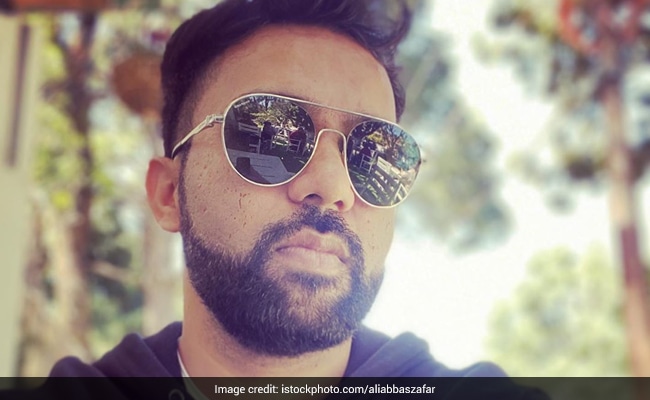 Director Ali Abbas Zafar, in an interview with Mumbai Mirror, opened up about his plans to create a superhero universe" of his owns. He revealed, a superhero film with Katrina Kaif is currently in works, which will kick-start his dream. Ali Abbas Zafar, who was slammed on social media by Shekhar Kapur and Sonam Kapoor earlier for announcing a Mr India film, spilled the beans on what's it all about without revealing much. "My Mr India is neither a remake nor a reboot of the original film. It's a completely new film, we are just calling it Mr India," Ali Abbas Zafar told Mumbai Mirror. Earlier in February, the 38-year-old director had announced a new film titled Mr India, after which Sonam Kapoor, whose father Anil Kapoor played the titular role cult classic Mr India, wrote in a post: "It's quite disrespectful and underhanded, if it is true, since no one bothered to ask my father or Shekhar uncle - two people who made a major role in making the film what it was and what it is."

Shekhar Kapur, who directed the 1987 film, also starring Sridevi, had said he was considering taking legal routes for not getting creative rights: "Directors lead and inspire every aspect of a film and have no creative rights?"

In his interview, Ali Abbas Zafar added what to expect from his version of the Mr India film: "My film is essentially about the common man fighting a mighty villain, but done in a cool, hip way, using science and technology and being relevant to today's social scenario."

Earlier, Ali Abbas Zafar had hinted that his Mr India film was to be inspired by the original with these words: "It is a huge responsibility to carry forward an iconic character loved by everyone."

Excited to partner with @ZeeStudios_ for an epic trilogy #MrIndia! It is a huge responsibility to carry forward an iconic character loved by everyone. Currently, working on the script, no actor has been locked till now. Once we lock the first draft of the script, casting begins!

Here's how Shekhar Kapur and Sonam Kapoor had reacted:

No one has even asked me or mentioned to me about this film called Mr India 2. I can only guess that they using the title to get a big weekend. For they cannot use the characters/story without permission from the original creators of the film. https://t.co/Set5eDH63j

We sit with writers from day one, but are not the writer. Help actors hone performances but are not actors. Develop and create visual language of film. Slave hours over editing consoles. Directors lead and inspire every aspect of a film and have no creative rights? #MrIndia

Meanwhile, here's what he revealed about his film with Katrina Kaif, who he has already directed in movies such as Tiger Zinda Hai, Mere Brother Ki Dulhan and Bharat. "Yes, I am creating a superhero universe, beginning with Katrina's film."

The director added he has more superhero films in the line-up: "We then move to Mr India, which will carry forward bits from Katrina's film, and we are developing two more characters. My third superhero is rooted in Indian mythology and the fourth comes from the lndian army."

Bharat remains his last directed film, starring Katrina and Salman Khan. He is best known for making blockbusters such as Sultan and Tiger Zinda Hai.