Priyanka Chopra said her job is really, really "weird" because of certain creepy props on sets 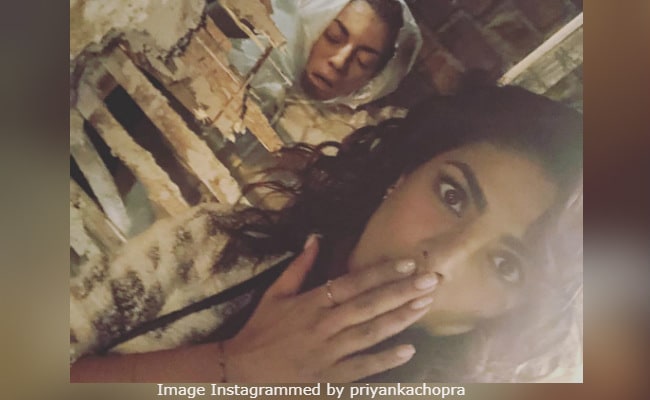 New Delhi: One of our favourite things about Priyanka Chopra being at work is the amusing entries she makes to her Quantico diaries on Instagram. The actress recently shared one from the sets of TV show, saying her job is really, really "weird" because of certain creepy props on sets. Tagging show producer Michael Seitzman, Priyanka let him know what she thinks about fake corpses being around Quantico sets. "You know u have weird job when there r dead bodies at the office.. #quantico3 @mseitzman fyi: (fake dead body) props to props dept! (sic)" Priyanka wrote in her latest Instagram post.

You know u have weird job when there r dead bodies at the office.. #quantico3 @mseitzman fyi:(fake dead body) props to props dept!

In Quantico 3, Priyanka will continue to headline the popular US TV series as FBI recruit-turned-CIA agent Alex Parrish. Quantico 3 releases on April 26 - while the wait may seem too long for fans of the actress, here are some behind-the-scene snippets from the show sets. Priyanka co-stars with show regulars Jake McLaughlin and Russell Tovey while Marlee Matlin and Alan Powell join the cast in the third season.

Priyanka Chopra has currently been joined by her mother Madhu Chopra in New York and this is how she bundled her up to battle the New York snow.

Only recently Priyanka was in Mumbai for the Christmas holidays and then she spent New Year in London. While there's no announcement about her upcoming Bollywood projects, Priyanka is awaiting the release of two more Hollywood films - Isn't It Romantic? and A Kid Like Jake.
Comments
priyanka chopraquantico