Is Hrithik Roshan in Aashiqui 3 and Film With Deepika? He Answers 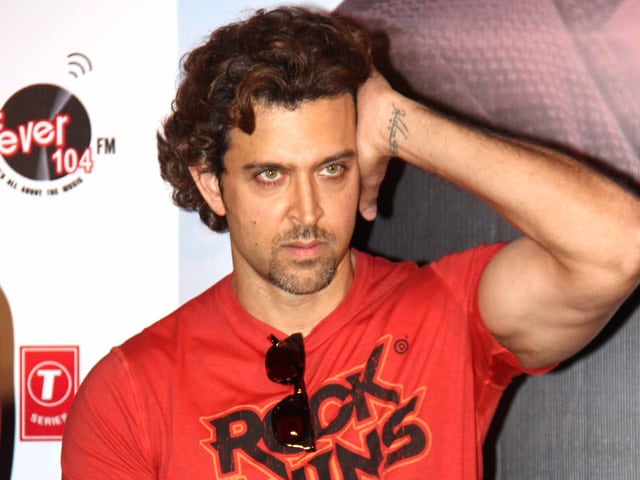 Hrithik Roshan photographed at an event in Mumbai.

Mumbai: Actor Hrithik Roshan said that he is yet to take a call on signing Aashiqui 3.

"What Aashiqui 3? You want me to do it. I will think about it," the actor said.

When producer Bhushan Kumar was asked if Aashiqui 3 has been finalised, Hrithik interrupted saying, "I loved him as a producer. I myself have gone to him and said you have to produce a film for me. So, let him think. Give him some time." (Also Read: It's Still 1990 in New Dheere Dheere From Aashiqui, Starring Sonam, Hrithik)

Hrithik and Sonam Kapoor have starred in the revamped version of popular track Dheere Dheere from Mahesh Bhatt's 1990 blockbuster Aashiqui. The single was released on September 1.

Starring Sonam and Hrithik, the song is a tribute to T-Series' late head Gulshan Kumar.

Meanwhile, rumour mills are also abuzz that Hrithik would be paired opposite Deepika Padukone in Yash Raj Films' next, which will be directed by Vijay Krishna Acharya, of Dhoom: 3 fame. (Also Read: Can't Walk Out of a Film I'm Not Offered: Deepika on Film With Hrithik)

To this, Hrithik said, "A little bit true. But can't tell you which part of it is true."

Regarding rumours of a sequel to his film Bang Bang! with Sidharth Malhotra and Jacqueline Fernandez in the lead, the actor said, "I don't know why they did not take me. Ask them."