The teaser of the episode featuring Ajay Devgn, is out now 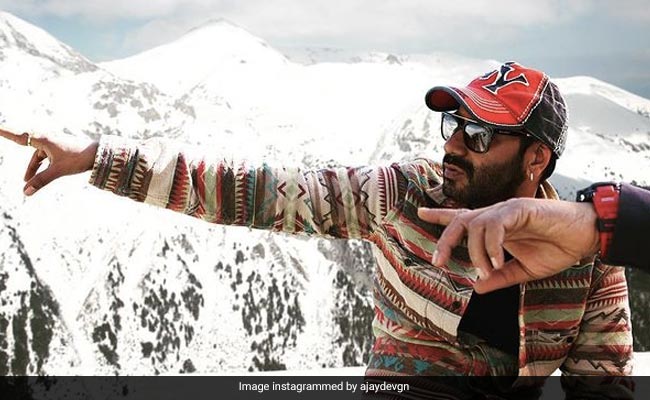 So Ajay Devgn is Bear Grylls' next guest on Discovery India's TV show Into The Wild. The official Instagram handle of Discovery+ shared the teaser from the episode, where Bollywood star Ajay Devgn will be seen exploring the wild and taking up challenges with host Bear Grylls. In the teaser, we get a glimpse of Ajay Devgn along with a voiceover, where he says, "Yeh sherdilon ka manch hai. Yeh koi khel nahi hai bro (This is a stage for bravehearts. This is no game bro)." The caption on the Instagram post shared by Discovery+ read, "Surviving the wild is 'bear'y tough. So when the lion of Bollywood Ajay Devgn takes on the ultimate survival challenge, will he be able to make it out fine? Find out on Into The Wild With Bear Gryls." The post was accompanied with the hashtags #discoveryplus, #ComingSoon,#beargrylls #ajaydevgn and #IntoTheWild.

In terms of work, Ajay Devgn has several projects lined up. This includes extended cameos in the films Sooryavanshi, Gangubai Kathiawadi and RRR. In addition to this, he will also be seen in Maidaan and Thank God, among others. The actor has also begun shooting for his digital debut series Rudra - The Edge of Darkness.

Besides that, Ajay Devgn will be directing Mayday, starring Bollywood veteran Amitabh Bachchan. The film also stars Rakul Preet Singh. Ajay has worked with both the actors previously. He was last seen in Bhuj: The Pride Of India.