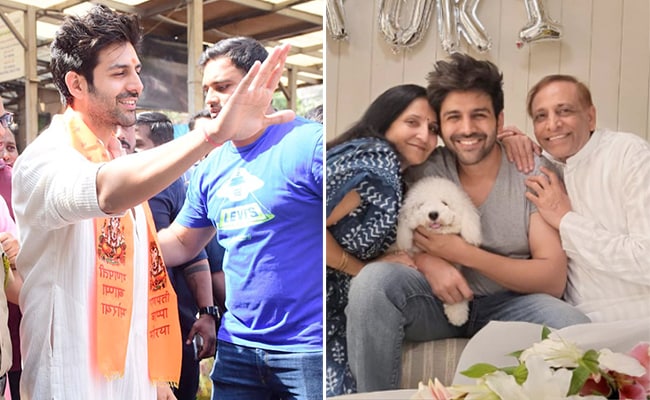 Kartik at temple (L) and with family (R). (courtesy: kartikaaryan)

Kartik Aaryan, who celebrates his 32nd birthday today, began his day by sharing pictures with family and his pet pooch at home. During the afternoon, the actor visited Shree Siddhivinayak Temple. He also released the teaser of his upcoming project Shehzada. Earlier, he shared a glimpse of his festivities with his family and his pet pooch Katori and the pictures are simply adorable. In the pictures, Kartik can be seen smiling with all his heart as he poses with his birthday cake. Kartik Aaryan accompanied the pictures with this caption: "In every birth I would like to be born as your Koki. Thank you for the sweet birthday surprise mummy-papa, Katori and Kiki." In the comments section, celebs wished the birthday boy. "Happy birthday KA," wrote Ayushmann Khurrana. Rakul Preet Singh's comment read: "Happy happy bdayyyy you star! Have the most amazing year! May sky be the limit." 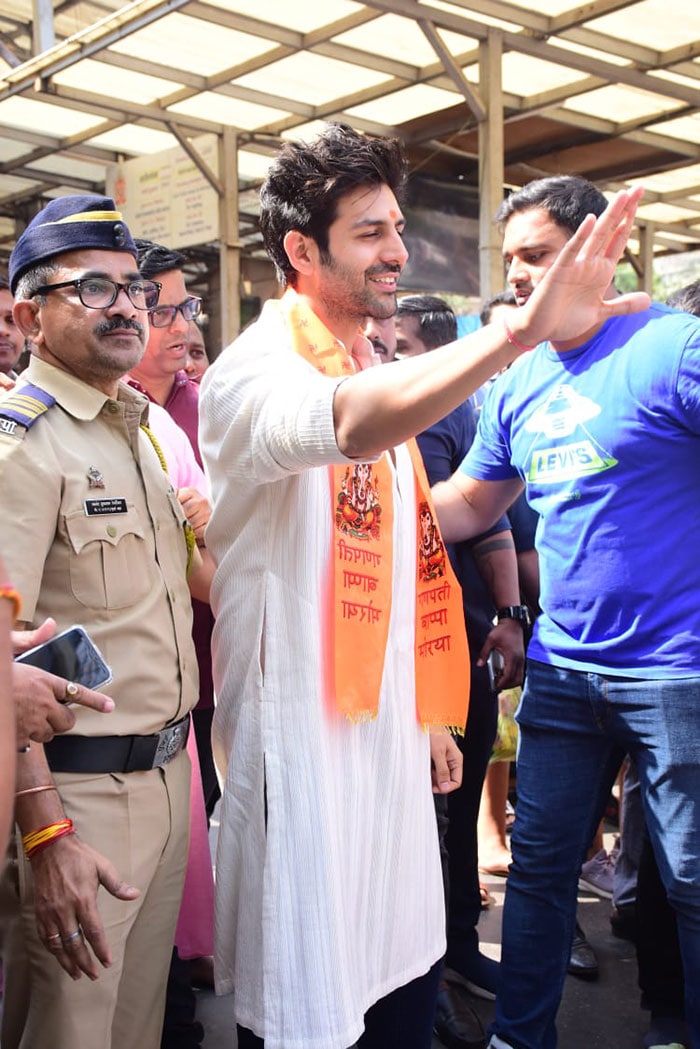 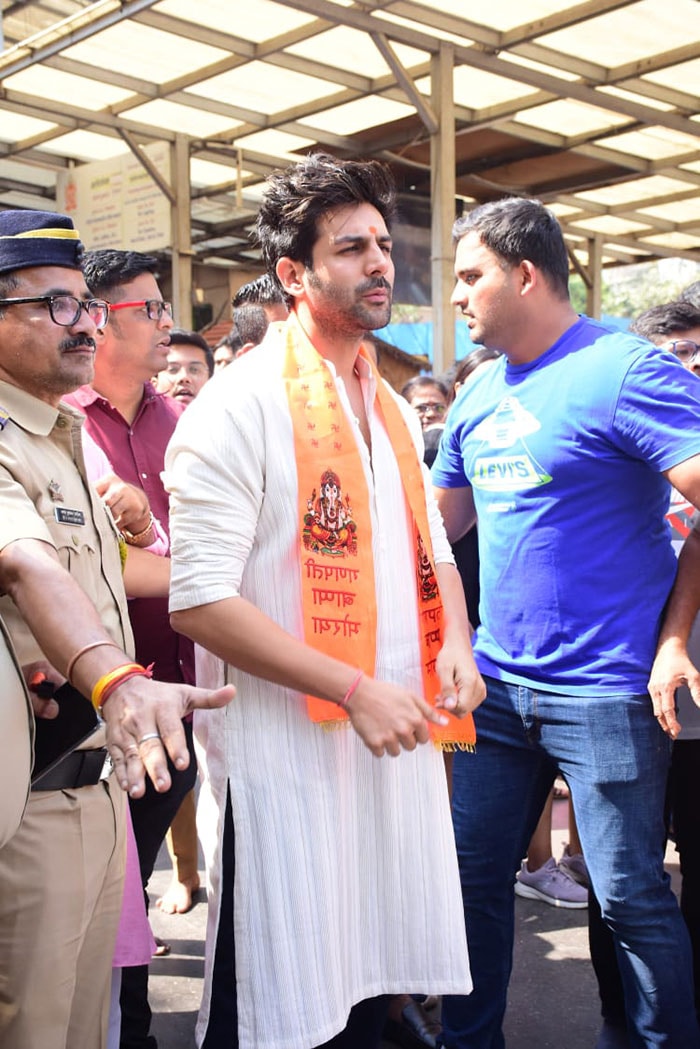 Sharing the teaser of Shehzada, Kartik Aaryan wrote: Jab baat family pe aaye toh discussion nahi karte...action karte hain (When it comes to family, action is the solution, not discussion). A birthday gift from your Shehzada."