Shehzada Teaser: Kartik Aaryan Is The Prince Of Action

Shehzada is a Hindi remake of Ala Vaikunthapurramuloo 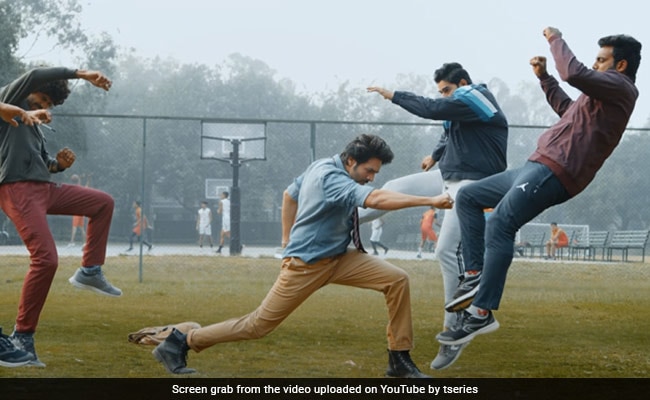 Kartik Aaryan in a still from Shehzada teaser. (courtesy: YouTube)

Kartik Aaryan's birthday treat to fans arrived gift-wrapped in the form of Shehzada teaser, which released on Tuesday afternoon. Shehzada is a Hindi remake of the 2020 Telugu film Ala Vaikunthapurramuloo, which featured Allu Arjun, Pooja Hegde and Tabu. The teaser opens with Kartik Aaryan saying: "Jab baat family pe aaye toh discussion nahi karte... Action karte hain (When it comes to family, discussion is not what one does, action is)." The text on the screen flashes: "He returns home. Introducing Bantu." The teaser is replete with (some gravity-defying) high-octane action moments. The teaser ends with a montage of Kriti Sanon posing at a beach destination and Kartik Aaryan exclaiming "Wow."

Check out the teaser of Shehzada here:

"A birthday gift from your Shehzada," Kartik Aaryan wrote sharing the teaser on social media. Earlier, when actor shared pictures from his birthday festivities, co-star Kriri Sanon commented on his post: "Happiest Birthday Buntoooo. I have the best gift for you... Stay tuned."

Shehzada is Kartik Aaryan and Kriti Sanon's second project together after the 2019 comedy Luka Chuppi.

Shehzada has been directed by Rohit Dhawan and other than Kartik Aaryan and Kriti Sanon, it also features Manisha Koirala, Paresh Rawal, Ronit Roy, Sachin Khedekar. The film has been co-produced by Bhushan Kumar, Allu Aravind S Radha Krishna and Aman Gill. The film is set to release on February 10, 2023.