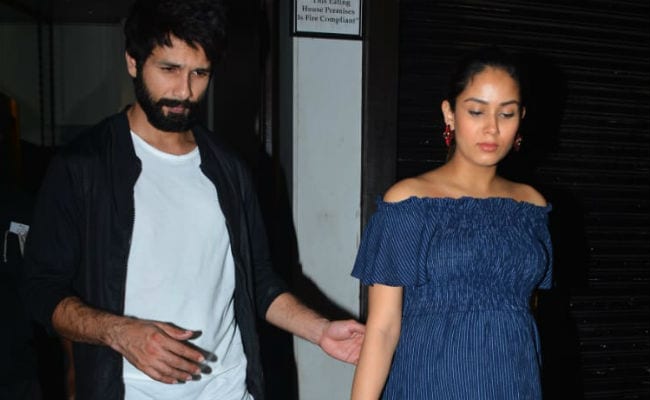 Actor Shahid Kapoor, busy with Batti Gul Meter Chalu promotions, clearly knows how to strike a balance between professional and personal lives. On Tuesday evening, he was spotted at a Bandra eatery with wife Mira Rajput, who is expecting their second child. The couple were pictured exiting the restaurant after dinner. Shahid carefully escorted Mira till their car. She was casually dressed in an off-shoulder blue outfit and he in a black shirt and printed shorts. Mira teamed her look with a pair of red earrings and a trendy bag. Shahid Kapoor and Mira Rajput, who married in July 2015, are already parents to a daughter Misha, 2.

Take a look at Shahid and Mira's dinner date pictures. 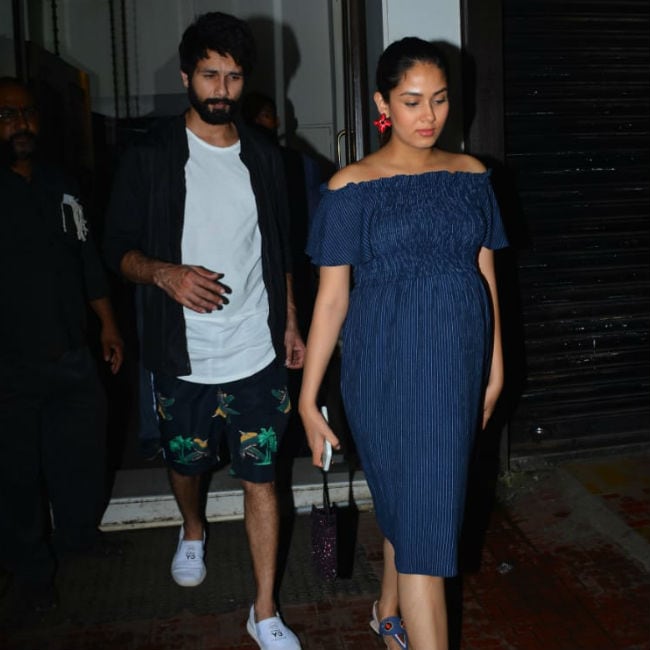 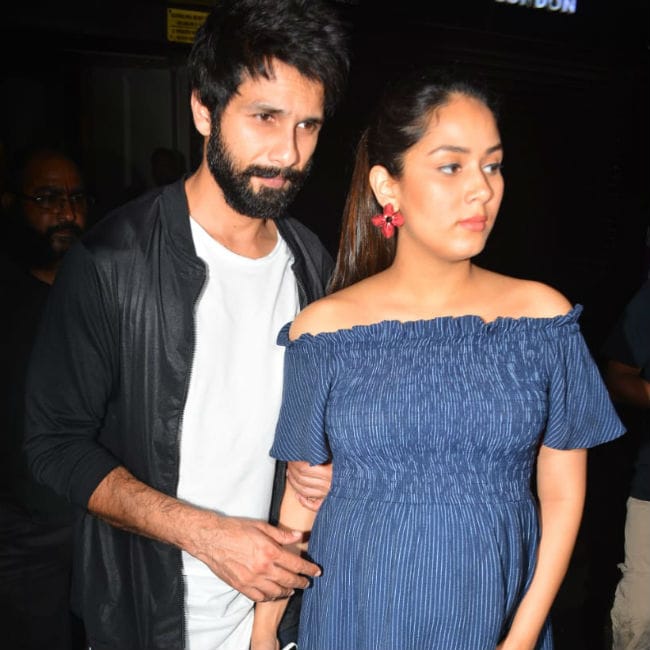 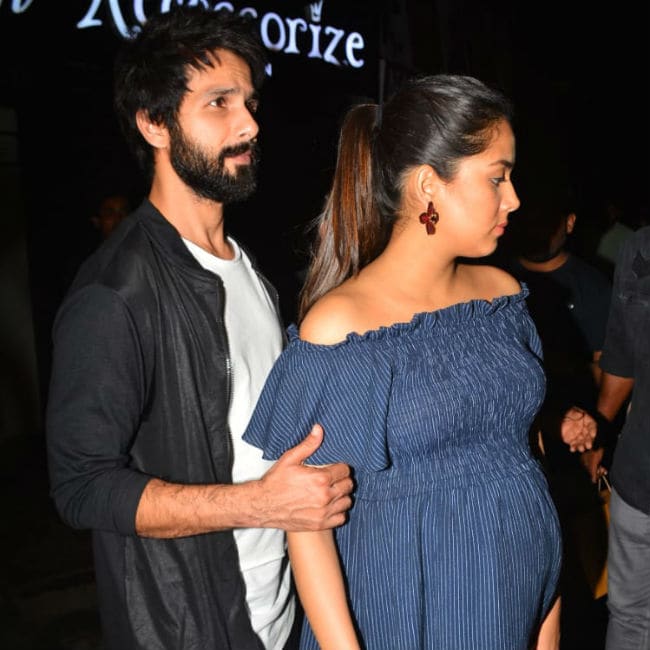 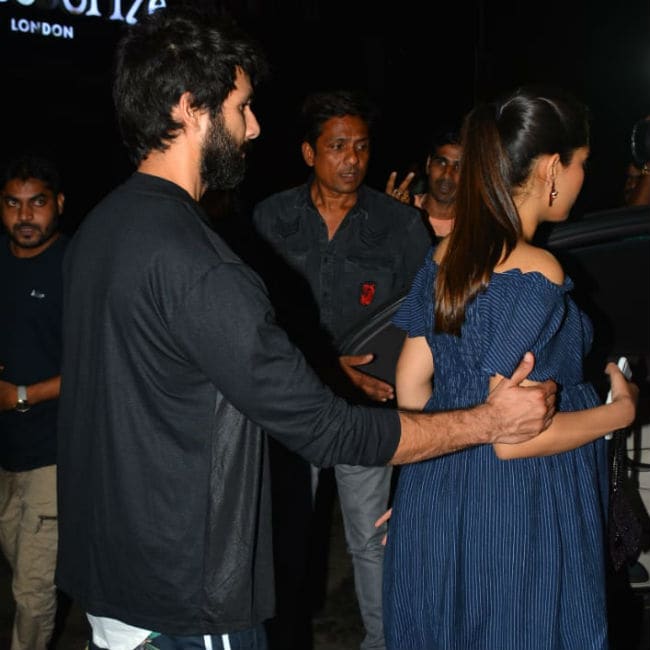 Here are some of the pictures.

A week ago, the cameras spotted Mira and Misha outside her playschool. It was hard to miss Mira's pregnancy glow in the pictures. Of parenthood, Shahid earlier told news agency PTI, "It is no more about just being an actor. I have a family and a kid. I want to be part of my child's growth. I want to be with her in each and every moment. The whole experience of being a parent has been beautiful and life-changing."