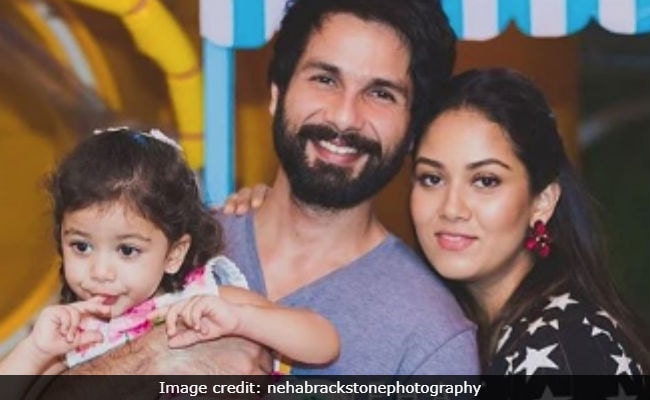 If tutti frutti is your favourite ice cream flavour, new pictures from Shahid Kapoor and Mira Rajput's daughter Misha's birthday party will gladden your heart. Misha turned two-years-old last month and pictures from her birthday party, revealing a delightful theme and colourful décor inspired by the fruit in tutti frutti, hit the Internet recently. Devika Narain & Co., the event coordinators, shared pictures from the 'Two-tti Fruity' theme party on their official Instagram page, which are now viral. The party décor was heavily "influenced by goodness of colourful fruits," the organisers revealed in one of the posts. The balloons, honeycomb paper art and fabrics used to decorate the venue complemented the 'Two-tti Fruity' theme to the T. On their Instagram story, they shared a picture of Shahid and Mira with their little munchkin looking super-duper cute in a printed dress.

Here are pictures shared by Devika Narain & Co. on Instagram: 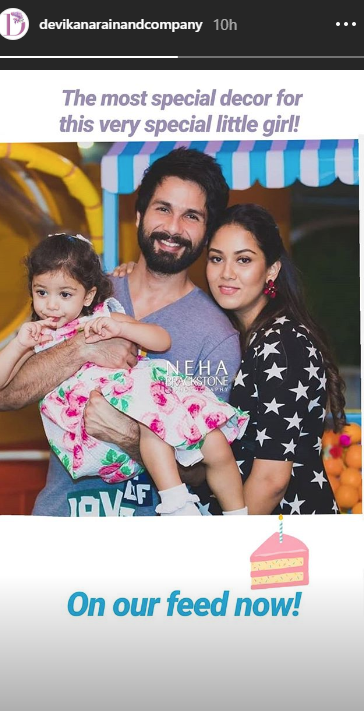 Misha's birthday cake was also in sync with the 'Two-tti Fruity' theme - a two-tier cake with fondant fruit details.

A post shared by Confections byRushina Mehrotra (@daffodils.creations) on Aug 26, 2018 at 5:15am PDT

Shahid Kapoor married Mira Rajput in 2015 and their daughter Mira was born in 2016. The couple is expecting their second child. Speaking about how being a father changed him as a person, Shahid earlier told news agency PTI: "Fatherhood has brought a lot of change in me as a person and as a human being. I am less self-oriented now... I have a family and a kid. I want to be part of my child's growth. I want to be with her in each and every moment. The whole experience of being a parent has been beautiful and life-changing."

On the work front, Shahid Kapoor is awaiting the release of Batti Gul Meter Chalu co-starring Shraddha Kapoor and Yami Gautam. He has also signed up for the remake of Arjun Reddy.