Being A Parent Changed Shahid Kapoor. He Explains 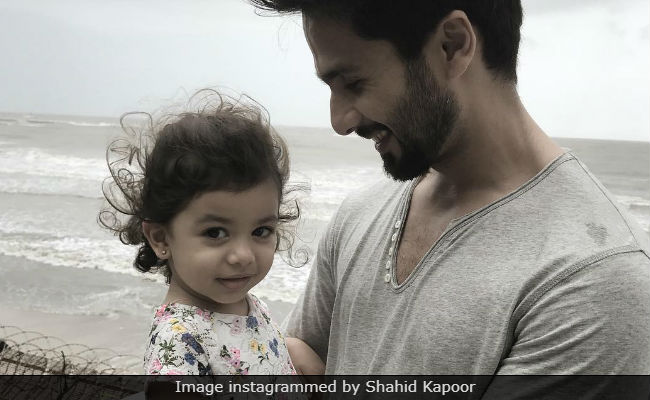 Shahid Kapoor, who is all set to become a father for the second time told the media that being a parent made him less self-oriented, reports news agency PTI. Shahid Kapoor is married to Mira Rajput and their daughter Misha will turn two-years-old on Sunday while baby #2 is on its way. "Fatherhood has brought a lot of change in me as a person and as a human being. My priorities have changed. I am less self-oriented now, because I believe actors can never be not self-oriented. I think I am more open to different point of views. I have matured and feel a lot more grown up now," Shahid told PTI.

Shahid Kapoor, who handles several projects at any time told PTI that he wants to be a part of his children's growth. "It is no more about just being an actor. I have a family and a kid. I want to be part of my child's growth. I want to be with her in each and every moment. The whole experience of being a parent has been beautiful and life-changing," he said.

Shahid Kapoor has already worked around his work diary to complete his pending projects in time for the arrival of his second child. Shahid Kapoor is awaiting the release of Batti Gul Meter Chalu and he has also started filming the remake of Arjun Reddy.