Shahid Kapoor And Mira Rajput's Instagram PDA Is So, So Adorable 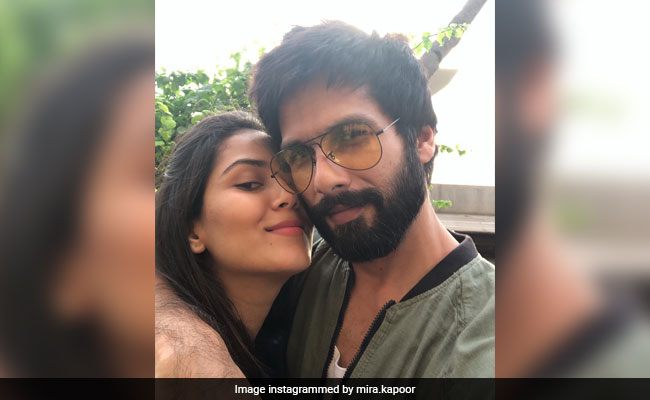 Shahid Kapoor and Mira Rajput are setting major relationship goals, no really! The mom-to-be Instagrammed a loved up photo of herself with husband Shahid and cute can't even begin to describe it. Shahid and Mira's PDA on Instagram is too cute to be missed and we can't stop gushing over the photo. For the caption, Mira kept it simple, she simply added the kiss emoticon, which obviously speaks a thousand words. But we missed Shahid and Mira's 2-year-old daughter Misha, who was nowhere to be seen in the photograph. The duo continually treat their Instafam with cute family photos and the latest post shared by Mira is no different. In the photo, Shahid sported a bearded look and can be seen hugging Mira. The comments section is flooded with remarks like: "Made for each other," "Cutest couple," and "love birds". Just in few hours, the photo has over one lakh views. Mira's pregnancy glow in photo is hard to miss.

Shahid Kapoor married Delhi-based Mira Rajput in July 2015 and Misha was born in August 2016. Shahid and Mira are expecting their second child. Shahid had announced Mira's second pregnancy with an adorable post starring Misha, after which a fabulous baby shower was hosted.

Misha celebrated her second birthday recently and later, made a cute appearance on dad Shahid Kapoor's Instagram to thank her well-wishers for showering blessings. "Thank you all for the birthday wishes," Shahid had Instagrammed a post featuring Misha.

Meanwhile, Shahid Kapoor is gearing for the release of Batti Gul Meter Chalu, which also features Shraddha Kapoor. Shahid will also headline the biopic, which will be based on the life of boxing champion Dingko Singh. The actor is currently shooting for the Hindi remake of Arjun Reddy.