In Kareena Kapoor's Post For Her "Favourite Humans," BFF Malaika Arora Couldn't Help But Notice This

Kareena Kapoor's post got a lot of love from her Instafam 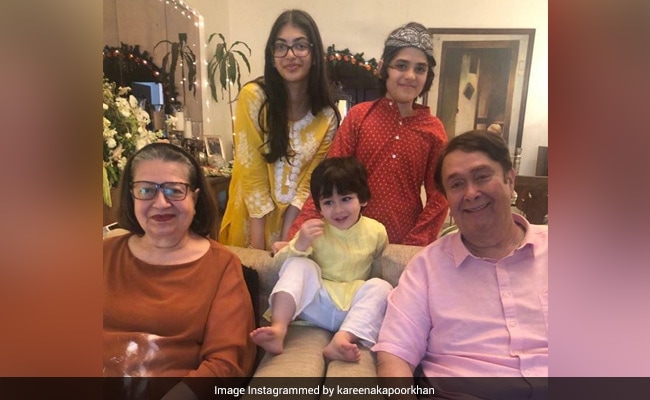 Kareena Kapoor shared pictures from Ganesh Chaturthi celebrations with family on Saturday evening. The actress, who is expecting her second child with husband Saif Ali Khan, shared pictures from the festivities, which featured her son Taimur along with Randhir Kapoor, Babita and Samaira. Kareena captioned the post: "All my favourite humans" and added a few heart emojis in the post. Kareena's post got a lot of love from her Instafam. Her bestie Amrita Arora, sister Karisma Kapoor and cousin Riddhima Kapoor Sahni flooded the comments section with heart emoticons. Another interesting comment arrived from Kareena's BFF Malaika Arora, who wrote: "Tim loving the laddoos."

All my favourite humans

Here's a screenshot of the comments: 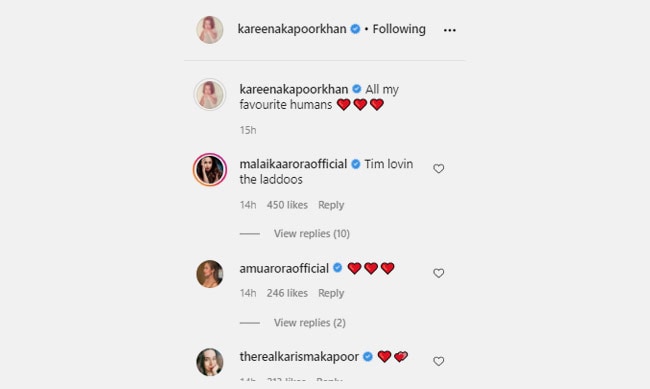 Kareena Kapoor and Saif Ali Khan, who got married in the year 2012 and welcomed their first child Taimur Ali Khan in 2016, shared the big news of their pregnancy earlier this month. "We are very pleased to announce that we are expecting an addition to our family. Thank you to all our well-wishers for all their love and support," said Kareena Kapoor and Saif Ali Khan, in a joint statement.