In Dubai, Salman Khan, Priyanka-Anushka Get The Party Started 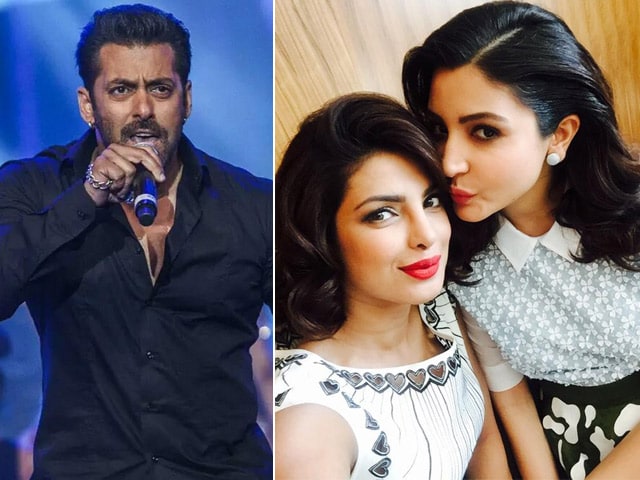 Bollywood sorority, including superstar Salman Khan, Priyanka Chopra, Jacqueline Fernandez among others, converged in Dubai on May 29 for a dazzling night to entertain the Emirates in its upbeat style at the Arab Indo Bollywood Awards. In one stroke Bollywood Dhakaofied Dubai's Dil and proved to them that Any Body Can Dance.

The highlight of the show was superstar Salman Khan's presence and performance. The Bajrangi Bhaijaan had the crowd cheering for him as soon as he set foot in the venue:

And his fan's happiness knew no bounds as the actor started performing on his superhit tracks punctuated by his blockbuster dialogues. But it was his singing act which got the maximum cheers. He sang Hangover from Kick:

Meanwhile, the Dil Dhadakne Do Mehras (Ranveer Singh, Anil Kapoor and Priyanka Chopra) were in Dubai for the customary promotions of the Zoya Akhtar-directed film. They were joined by the film's co-producer Ritesh Sidhwani and Anushka Sharma.

Priyanka looked lovely in a soft pink off shoulder number, while Anushka nailed it in a green dress going for a bold finish with red lips.

At the event Priyanka gave a power-packed performance on Ram Chale Leela followed by Dil Dhadakne Do's title track, in which she was joined by her onscreen father Kamal Mehra (Anil Kapoor) and brother Kabir (Ranveer Singh) and Anushka Sharma.

Dil Dhadakne Do team rocking the stage at AIBA.

Earlier in the day Dil Dhadakne Do team promoted the film with Joie de vivre:

For the day promotions, Anushka paired Paul & Joe top with Huemn skirt, while Priyanka went for the kill in a Pinghe dress.

Team #dildhadaknedo enthralling Dubai in their own style! #7DaysToDDD #bollywood

Meanwhile, camp Any Body Can Dance 2 were as cheery as the Mehras of Dil Dhadakne Do. Represented by actors Varun Dhawan and Shraddha Kapoor and director Remo D'Souza, team ABCD 2 exuded élan at the award show.

While Remo and Varun suited up and looked suave, Shraddha looked dainty in Ports 1961 couture.

Varun and Shraddha also had a field day earlier with the promotions, where they talked about their film and more.

For the day event, Shraddha donned a casual Osman dress: 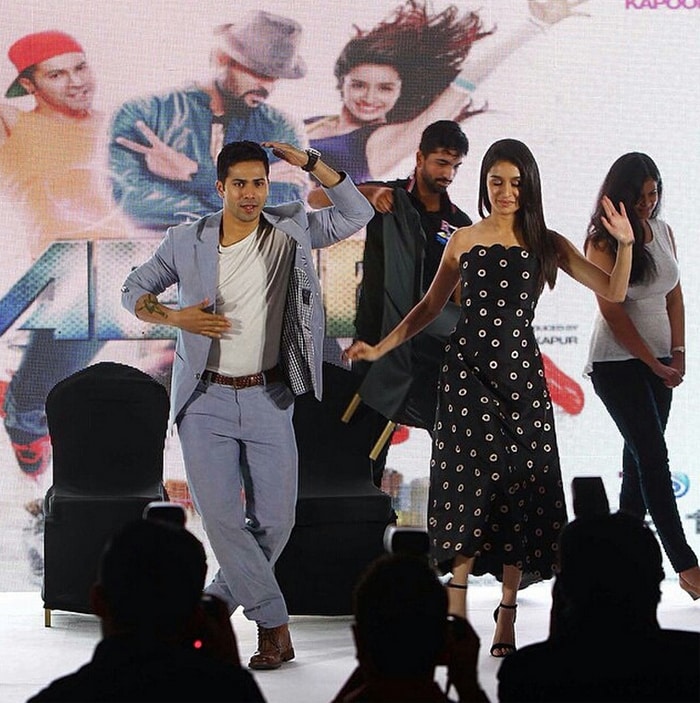 This image was posted on Instagram by instabollywood
Varun also enjoyed a sightseeing-cum-shopping session with filmmaker Karan Johar and actress Parineeti Chopra:

Dubai sunshine with @karanjohar and the young and restless home shopper @ParineetiChopra#AIBApic.twitter.com/dog5hDn9jM

Meanwhile, other highlights of the night included performances by Jacqueline Fernandez, who performed on her famous dance number a la Arab style: 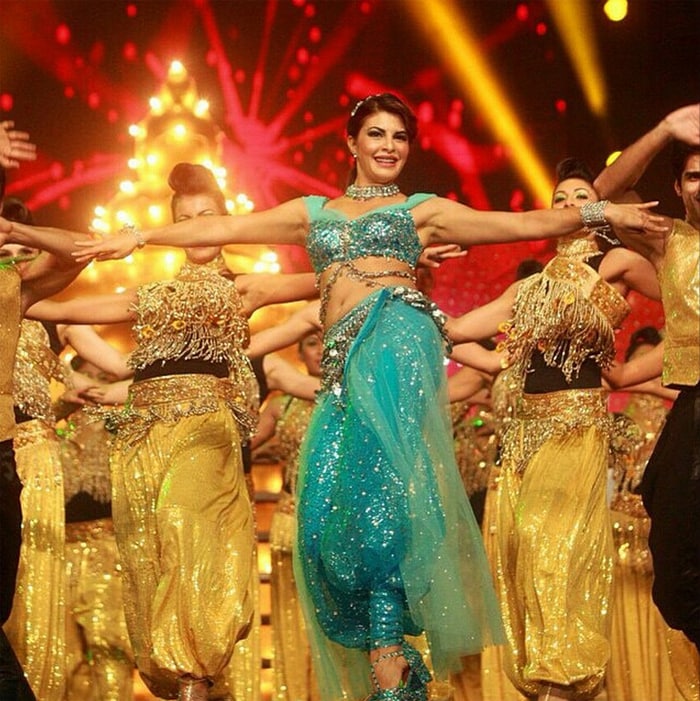 This image was posted on Instagram by instabollywood
KJo, who co-hosted the event with manish Paul, also had an impromptu gig with Shraddha 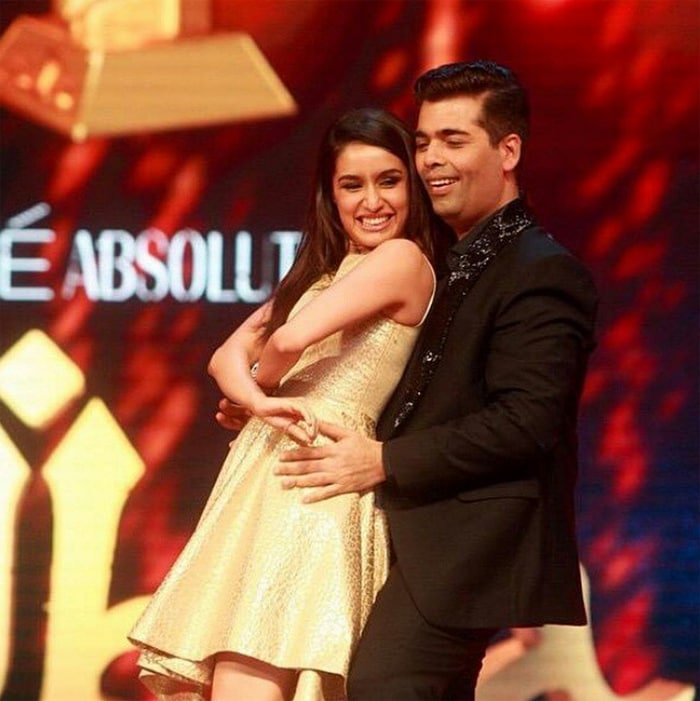