In Case You Hadn't Noticed, Alia Bhatt's Raazi Is Speeding Towards 100 Crore Bounty

Raazi currently has a score of Rs 88 crores and counting 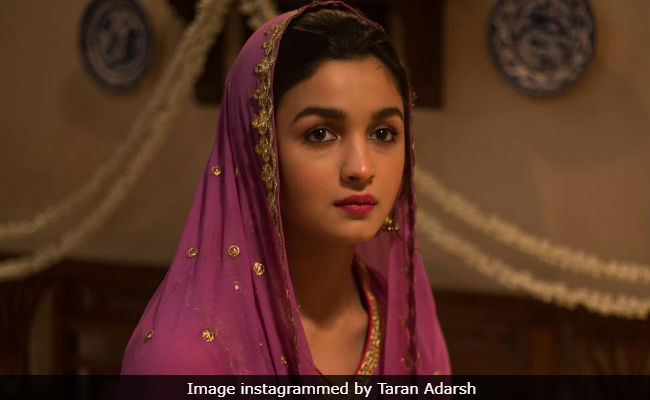 Raazi currently has a score of Rs 88 crores and counting.

Promoted
Listen to the latest songs, only on JioSaavn.com
Raazi pulled off an impressive performance at the box office on the very first day, collecting over Rs 7 crores and made over Rs 25 crores during just the first weekend. Directed by Meghna Gulzar, Raazi tracks the story of an Indian woman named Sehmat, who is married off to a Pakistani army officer and planted in Pakistan to pass off valuable information to India. Set in 1972, Raazi is an adaptation of Harinder Sikka's novel Calling Sehmat, which in turn is based on real life events.

Meanwhile, Salman Khan's Race 3 is the next big release arriving on June 15. It is the third instalment in the Race series of films but this time, Remo D'Souza has taken over as the director and the ensemble cast of the film also comprises Jacqueline Fernandez, Daisy Shah, Bobby Deol, Anil Kapoor and Saqib Saleem.