If You Can Look Away From Abhishek Bachchan In This Pic, Don't Miss Sister Shweta's Comment 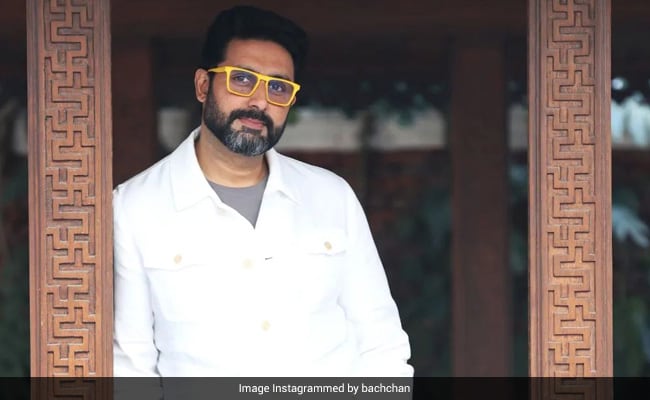 Abhishek Bachchan, who is basking in the glory of his recent release film Dasvi, shared a post looking uber cool. Even after the release of the film, the actor is busy promoting it and has flooded his social media with several clippings and posters from the film. In the recent post shared on his Instagram handle, the actor is looking dapper in a crisp white shirt paired with black cargo pants. He completed his look with a pair of yellow frame glasses. He captioned the image as, "We all need somebody to lean on." And in the post, Abhishek needed a pillar to lean on to give a perfect pose.

However, what grabbed our attention was Abhishek Bachchan's sister Shweta Bachchan's hilarious comment on his post. She wrote, "Looking like the cat that got the cream," along with a laughing emoticon.

Here, first, look at the Abhishek Bachchan's post below:

Meanwhile, Abhishek Bachchan has been receiving great reviews from the audience. In the film, he played the role of a convicted politician name Ganga Ram Chaudhary, who wants to appear for the class 10th board. Apart from Abhishek, the film also starred Yami Gautam as the jailor and Nimrat Kaur as Ganga Ram's wife, Bimla Devi. The film was released on two OTT platforms-Netflix and Jio Cinema, on April 17.

On the work front, Abhishek Bachchan will be next seen in SSS-7. Also, he has resumed the shooting of Breathe 3, co-starring Amit Sadh.